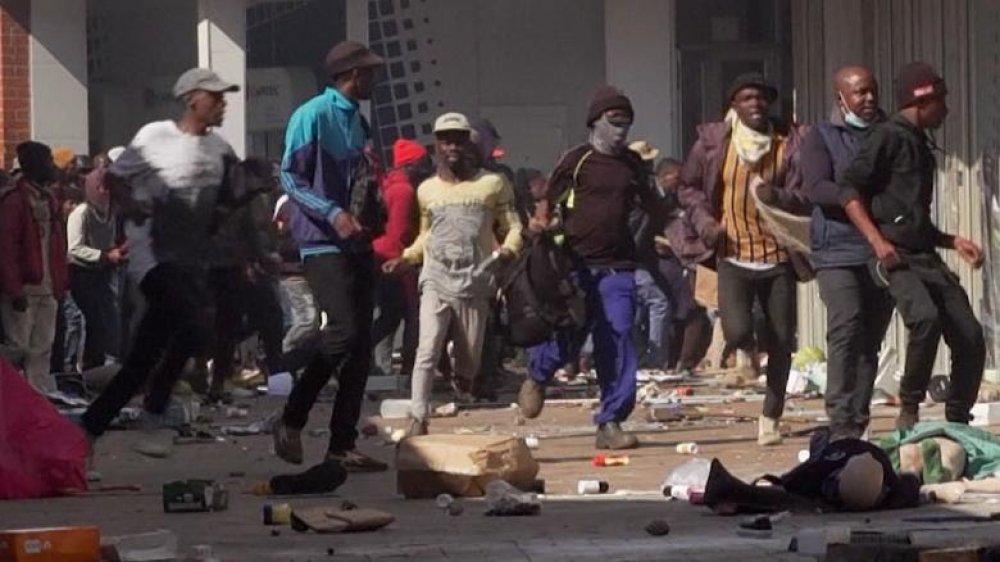 Arguably the worst unrest in the history of South Africa erupted after former president Jacob Zuma turned himself in, to serve a 15-month jail term for contempt of court.

For about five days now, protesters and looters have clashed with police officers trying to restore normalcy to different parts of the country.

Shopping malls and warehouses have been ransacked and set ablaze in several cities including the 'KwaZulu-Natal province' which is the home town of Jacob Zuma.

The military had to intervene and soldiers with live ammunition worked to gain some sense of order following the violence.

According to  Reuters, the South African President, Cyril Ramaphosa made it known on Wednesday that he might order more troops onto the streets as the army and police struggled to quell days of looting and violence.

It was also gathered that some citizens armed themselves to protect their property and businesses from the rampage.

It has been reported that more than 1,200 people have been arrested in the lawlessness, while over 70 persons have lost their lives as a result of the chaotic stampedes that occurred while looters attempted to steal food items, electric appliances, liquor and clothing from stores.

The protest started after Zuma himself surrendered to the police last week, following days of speculation on whether or not he would comply with the court's orders to imprison him.

The former president was sentenced last month for defying a court order to give evidence in an ongoing investigation over high-level looting during his tenure as president.

Jacob Zuma served the nation from 2009 to 2018 and was widely celebrated for his sacrifice and contribution to the country's liberation movement. His administration was however marred with allegations of corruption.