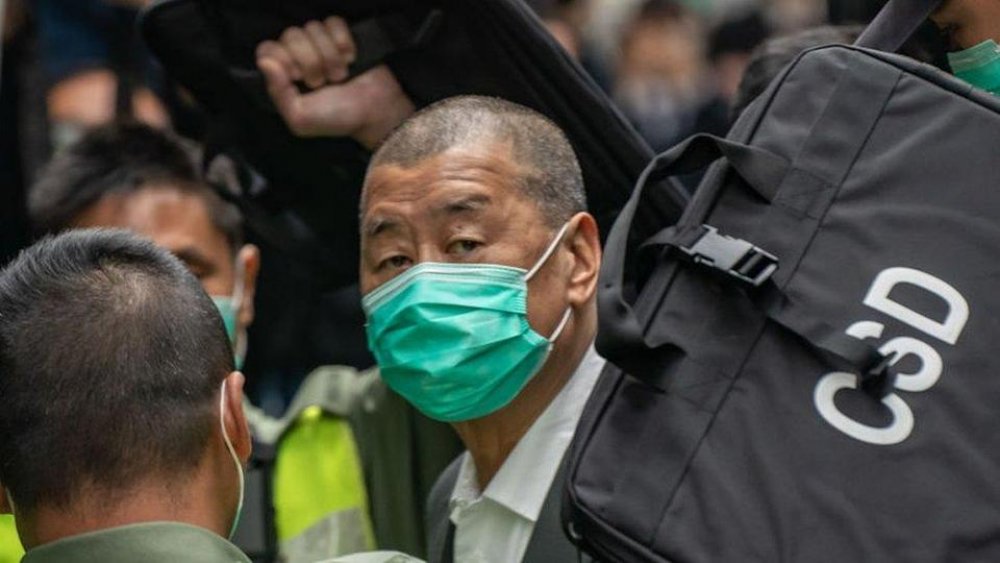 The media mogul got the additional sentence over his role in an unauthorized assembly on Oct. 1, 2019, during one of the city’s pro-democracy rallies that year.

Lai is already serving sentences adding up to 14 months for participating in similar demonstrations on August 18 and August 31, 2019.

Nine other activists pleaded guilty in District Court to organizing an unauthorized assembly. He has been in jail since December after being denied bail in a separate national security trial.

He faces three charges under the new law, introduced by China in 2020 in response to the protests, including collusion with a foreign country.

Lai’s repeated arrests have drawn criticism from western governments and international rights groups, who raised concerns over waning freedoms in the global financial hub, including freedom of speech and assembly.

Beijing sees him as a traitor and an anti-China instigator.

China says the sweeping security law, which punishes anything Beijing considers as subversion, secession, terrorism, and collusion with foreign forces with up to life in prison was vital to restore stability and prosperity.

She said part of the new sentence would be served consecutively, meaning Lai faces a total of 20 months in prison so far.

There were major clashes On October 1, China’s national day, including a live round shot by a policeman at a protester swinging a long stick, the first use of a handgun after months of demonstrations.

“They did call for a peaceful, rational and non-violent procession but how naive and unrealistic was that considering what was happening on a daily basis was the opposite,” Woodcock said.

“This is not with hindsight. The risk was very real every day at that time.”

The other nine defendants, including activists Figo Chan, Lee Cheuk-yan, Albert Ho, and Leung Kwok-hung, who is known in Hong Kong as Long Hair, were sentenced to up to 18 months. Two received suspended sentences.

“Your Honour, for over 40 years I have strived for democratic reform in China,” Lee told the court this week during one of the hearings.

“This is my unrequited love, the love for my country with such a heavy heart.”

Activist Tsang Kin-shing, present at the court, condemned the “heavy” sentencing received by Long Hair, his colleague in the League of Social Democrats.

“We’re all trapped now in a prison city where freedom of expression is not allowed,” Tsang told Reuters.

The sentence comes two weeks after authorities froze assets belonging to Lai, including bank accounts and his 71.26% stake in media publisher Next Digital.

Hong Kong’s security chief sent letters to Lai and branches of HSBC and Citibank this month threatening up to seven years in prison for any dealings with the billionaire’s accounts in the city, according to documents seen by Reuters.

The moves could imperil any attempt by the democracy activist to move offshore assets back home to prop up Next Digital’s troubled Apple Daily tabloid, a staunch government critic, one of Lai’s financial advisers said