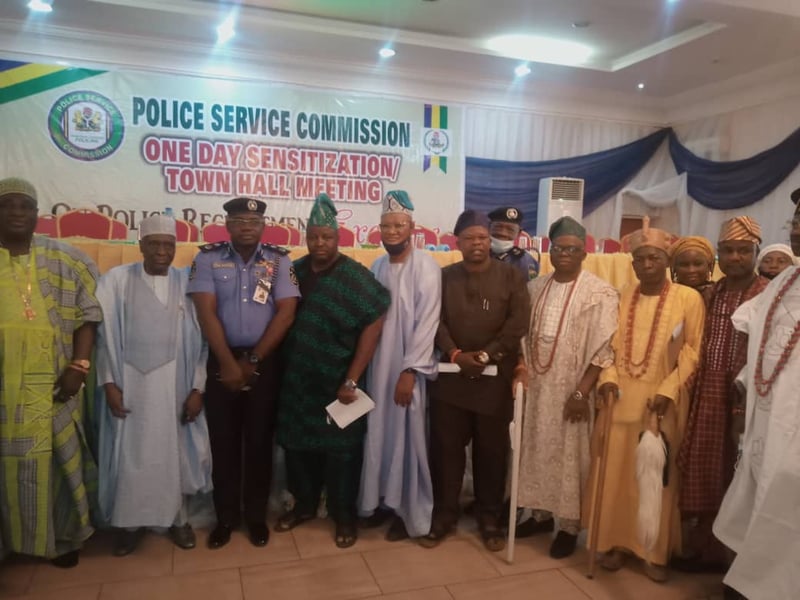 The Assistant Inspector General (AIG), Zone 11 Command, Osogbo, Mukan Joseph Gobum has called on youths from Southwest Nigeria to join the Nigeria Police Force so that they will be well represented in securing the nation.

The AIG gave this call on Wednesday while speaking at the Police Service Commission One Day Recruitment Sensitization/Town Hall Forum in Ibadan.

The AIG who was represented by the Deputy Commissioner of Police, Zonal CID, Ganiyu Salami disclosed that statistics show that in the just concluded 2021 recruitment of constables, only ten per cent of the eighty-one thousand and five candidates who applied are from the Southern part of the country.

He encouraged traditional rulers, religious organisations, political leaders and parents to encourage the youth to join the force so that there will be no complaints of marginalising the Southerners in the future.

Meanwhile, the Chairman Police Service Commission, Alhaji Musiliu Smith in his opening remarks stated that the Federal Government of Nigeria had approved the recruitment of one hundred thousand Policemen within the next five years.

Smith advised that sincere effort should always be made to encourage upright and responsible citizens to apply for recruitment and be properly screened.

"If our responsible, educated and upright young ones are motivated to join and remain in the Police, our country will be on the way to having the right number of men and women needed for an efficient police force," he concluded.

Osun Commissioner of Police, Olawale Olokode, stated that with the cooperation of all security stakeholders, the mentioned problems will be overcome.

Problems highlighted by guests present at the programme for the reason why youths are not encouraged to join the Nigerian Police included; poor remuneration, lack of good welfare packages, lack of logistics to work with, disorganised promotion system in the police, incessant general transfer out of the geopolitical zone, lack of respect for policemen in the society and stress of the work.