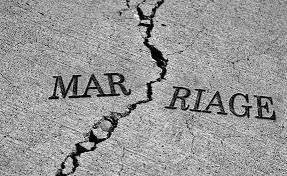 A Jos Area Court sitting in Nassarawa Gwong has dissolved a seven-year-old marriage between Sumaiya Muhammad and her husband, Bala Usman on grounds of desertion.

The Judge, Ishaq Danjuma on Wednesday in granting the request made by Muhammad said all efforts to reconcile the parties failed.

Danjuma ordered the petitioner to refund N50,000 only to the respondent, being the dowry Usman paid by way of Khul’l (dissolution of the marriage bond at the instance of the wife) according to Islamic law and procedure.

Danjuma further granted the petitioner custody of their children.

He however said the respondent is allowed to visit the children at appropriate times of the day without any hindrance.

Earlier, Muhammad, pleaded with the court to dissolve her marriage, saying that her husband, deserted her when she was ill and stayed with her parents.

Muhammad accused Usman of failure to provide for the family for three years since she fell ill.