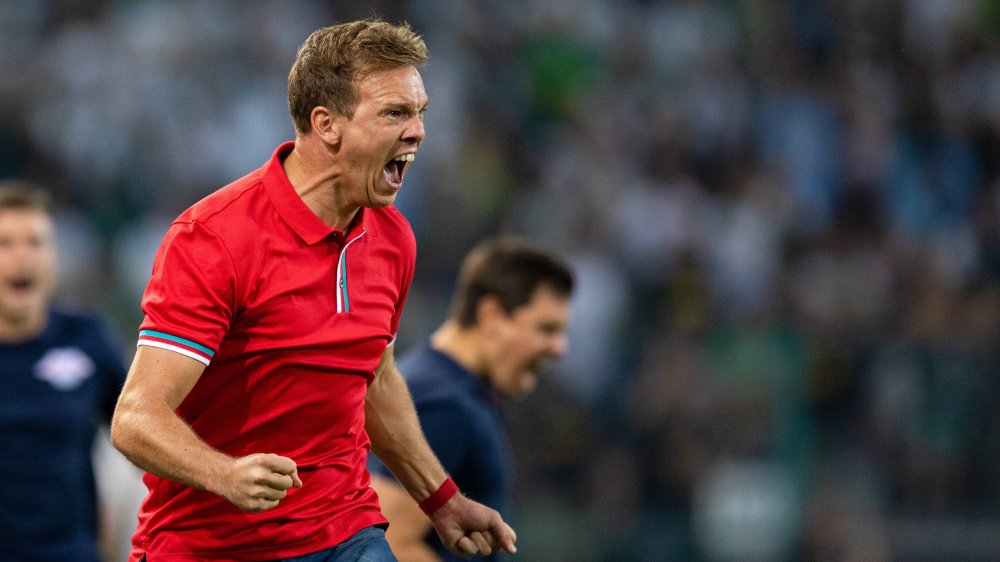 Julian Nagelsmann is set to take the reins at Bayern Munich after the German club confirmed his appointment as Hansi Flick's replacement at the Allianz Arena.

Nagelsmann 33, became the youngest coach in the history of the UEFA Champions League after he guided RB Leipzig to the semifinal of the competition during the 2019-20 season.

This gave him much recognition including a nomination for UEFA Men's coach of the year which he lost to fellow German who he is replacing at Bayern, Hansi Flick.

The German started his coaching career at Hoffenheim's youth academy in 2010 then gradually moved up the ladder to the head coach position at the club.

As of his appointment as head coach of Hoffenheim, Nagelsmann became the youngest coach in Bundesliga history at 28.

He then went on to help Hoffenheim from relegating -- the club was 7 points from safety as of the time he took over.

The impressive form went into the next season taking Hoffenheim to 4th position at the end of the season -- qualifying for the Champions League -- the first time in club history.

After his time at Hoffenheim, he moved to RB Leipzig with a 4-year deal.

READ ALSO: Hansi Flick To Step Down As Bayern Munich's Coach By Summer

He transformed Leipzig into a constant Champions League comer, and contender.

Under him, Timo Werner, Upamecano and other young players at the club gained more recognition taking on UEFA giants such as Manchester United, PSG, and  Atletico Madrid.

In the league, their performance improved but the changes were more evident during the 2020-21 season as they displaced Dortmund as a title challenger and are the only one capable of stopping Bayern from claiming their ninth straight trophy.

The German champions have been able to maintain a monopoly of the Bundesliga for a straight 8 season due to their ability to turn foes into friends.

They go after anybody who gives them a run for their money-- players and coaches alike.

Nagelsmann will be the second person leaving Leipzig for Bayern after they signed Dayot Upamecano.

It would not be surprising if Leipzig might not be able to put up much challenge in the coming season.

These have been the habit of the Bavarians which was evident when they swooped in for Lewandowski (Dortmund), Gotze (Dortmund), Hummels (Dortmund), Gnabry (Werder Bremen) just to mention some.

It remains to be seen if Nagelsmann will be able to live up the standard set by sextet winning Hansi Flick winning all 6 possible trophies within his first 2 years at the club.

Even if he won't be able to, one thing is sure about Nagelsmann with records on his side, he can effect changes in a team in all departments on the pitch.

He would also have a familiar face in the backline of Bayern Munich, Dayot Upamecano -- who he worked with at Leipzig, especially with the departure of David Alaba.