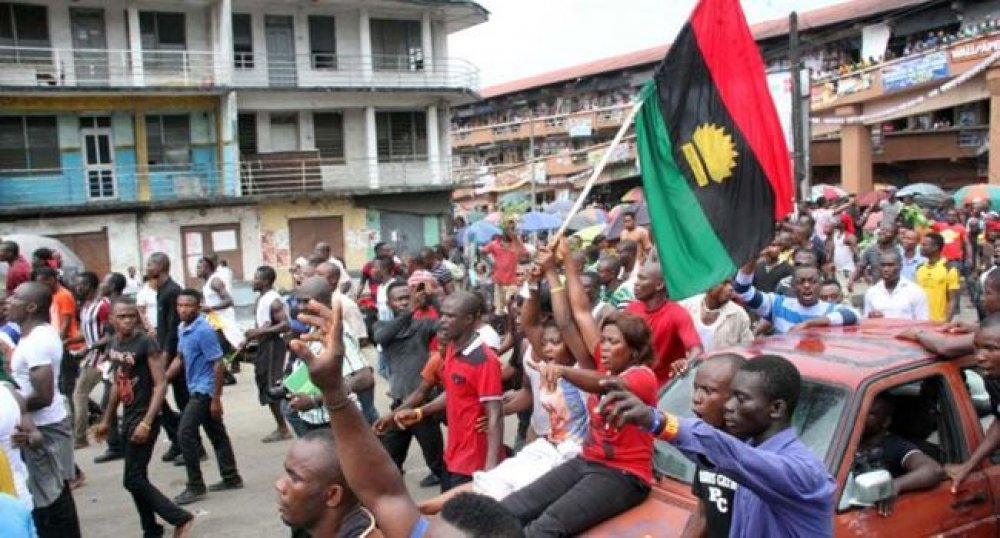 The Indigenous People of Biafra (IPOB) says it is not happy with the large-scale arrest by Nigerian security agents of those suspected to be members of the proscribed organization and its armed unit, Eastern Security Network (ESN).

In a statement on Tuesday by its media and publicity Secretary who has the pseudonym, Emma Powerful, IPOB allege that the recent clampdown on IPOB elements, who Nigerian security forces say are violent, is a strategy to stop people from agitating for the sovereign nation of Biafra.

IPOB’s statement partly reads: “The global family of Indigenous People of Biafra (IPOB) under the command and leadership of our great leader Mazi Nnamdi Kanu strongly condemns the incessant killings and unprovoked attacks and abduction of those suspected to be IPOB members and Eastern Security Network, ESN operatives in Ebonyi state by the wicked Nigeria security agents.

“This atrocity is being perpetrated with the connivance of the Ebonyi State Governor, David Umahi and the infamous EBUBEAGU security outfit.

“Their intention is to unleash terror on innocent citizens of Ebonyi State, and possibly stop them from supporting the agitation for Biafra restoration.

“These agents of oppression supported by Gov. Dave Umahi have continued to kill IPOB members and innocent Biafrans, tagging them ESN operatives.

“Over 300 members of IPOB are currently languishing in jail and other detention facilities across Ebonyi State, and many have died in the prison.”

IPOB is a banned group in Nigeria canvassing for the secession and sovereignty of Eastern Nigeria.