Justice For Hanifa Will Deter Others — A'isha Buhari 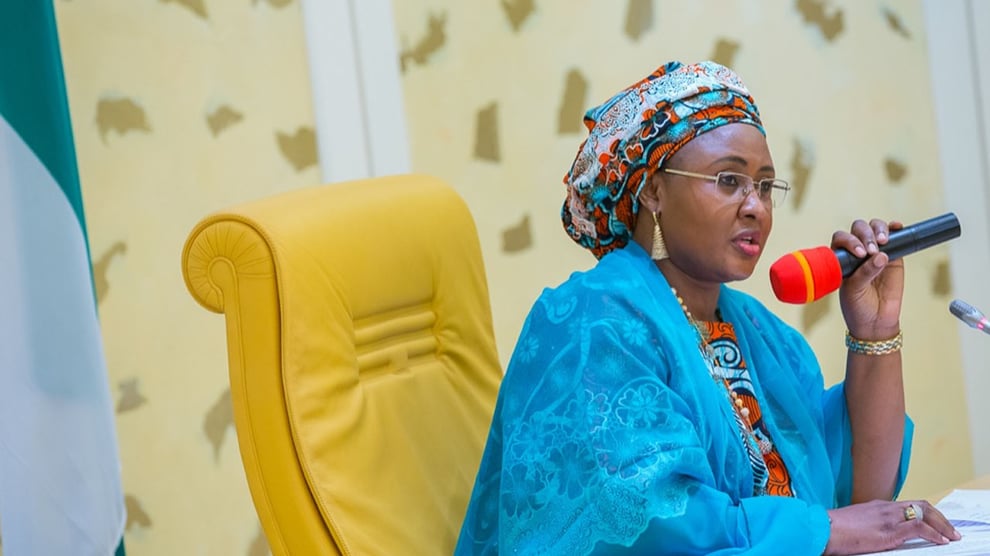 The wife of the President, A’isha Buhari on Wednesday charged the judiciary to ensure justice is served in the murder case of Hanifa Abubakar, the five-year-old murdered by her confessed teacher, Abdulmalik Tanko in December 2021.

The first lady made the plea shortly after she arrived in Kano on a private visit to pay her respects to the families of famous Islamic scholars, Sheikh Dr Ahmad Bamba, and Hanifa Abubakar.

She said ensuring justice is served will deter others from doing so in the future.

“In a situation where children are no longer safe in schools, then, our society has become something else. We want to see those behind the killing being punished immediately,” Aisha emphasized.

She said, “We want to see one or two persons face the law and be quickly executed, so we will know that corrective measures have been taken.”

“Right now, the Nigerian society has become something else, if a whole teacher who is trusted with the children would be behind this dastardly act, he should be punished immediately so that others would learn.”

Aisha Buhari has, like some prominent Nigerians called for the public execution of Abdulmalik Tanko following the gruesome murder of his student.

Kano State Governor, Abdullahi Ganduje who received the first lady together with his wife, Hafsat, emphasized that the government will not spare a second in assenting to the death warrant of Hanifa’s killer, should the court pass the verdict.

“I will not waste a second to sign the death warrant of those behind the killing of the five-year-old Hanifa Abubakar,” Ganduje assured.

“Hanifa is our daughter and that of Nigerians. We are concerned and we are happy about the visit from Abuja. Even when the event took place, you made a press statement that you hope the government will take appropriate measures to see that the culprits are brought to book.”