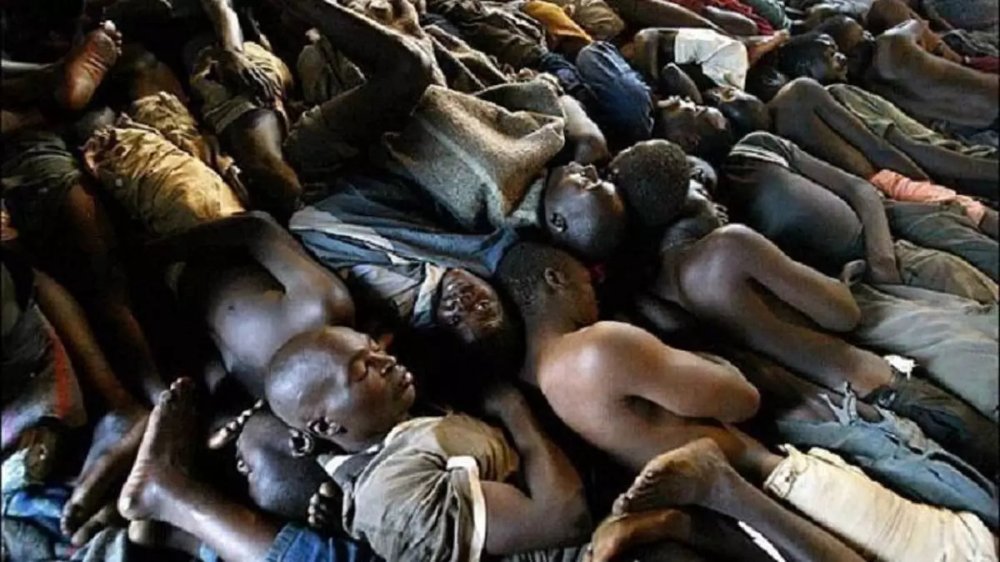 Recall that on April 6, members of the Judiciary Staff Union of Nigeria (JUSUN) embarked on an indefinite strike over some states’ refusal to grant judiciary autonomy and financial independence.

This has led to a nationwide shut down of courts in Nigeria which stalled criminal and civil trials across the country.

Some of the groups who spoke to the press on Wednesday expressed worry over the effect on prison inmates and crime suspects in police custody.

They described it as ‘embarrassing and shameful’  that some state governments refused to implement what they had already agreed upon.

The Catholic Prisoners Interest Organisation (CAPIO), advocating for criminal justice and pro bono cases for inmates awaiting trials, said the strike paralysed the dispensation of criminal cases in the country.

The CAPIO Director, Reverend Father Ambrose Ekeroku stressed the need for states to weigh into the lingering case of JUSUN in order to bring the strike to an end.

“The delay of justice is said to be justice denied; justice is no longer done to people who are in the criminal justices.

“Even the people arrested by security agencies are no longer charged to court but kept in police custody in a horrifying condition and even killed and nobody is doing anything about it,’’ Ekeroku said.

According to him, members of the JUSUN are not asking for anything extraordinary, but the government should implement what is provided in the constitution.

“It touches my mind how the Judiciary workers should be the ones begging the government to obey the constitution they swore to uphold.

“The constitution provides that the judiciary should be autonomous and financially independent but because they want to control judgments, they do not want it.

“In the interest of justice and smooth running of the Judicial system in the country, the government should do something,’’ he appealed.

He commended JUSUN for not bending backwards or cowed in the fight for their right.

The director said as a matter of urgency that the executive arm of government and Revenue Allocation Committee should release budgetary allocation directly to the judiciary at source.

Ukwu called on the Federal Government to accede to the demands for full financial autonomy as it is important for Nigeria's democracy.

According to him, the JUSUN strike is affecting us badly and cases are pending in the courts and if the judiciary is secured financially, it will encourage speedy dispensation of justices and improve the welfare of the judiciary workers.

He described the development as a ‘terrible situation to the society’ pointing out that the dialogue had lingered since 2014.

Meanwhile, the Civil Rights Realization and Advancement Network (CRAN) criticised the staff of the federal judiciary for continuing its “sympathy” strike in solidarity with state members of JUSUN.

CRAN President, Tayo Oluomo, said workers of the Supreme Court, Federal Court of Appeal, the Federal High Court and the National Industrial Court, were not supposed to partake in the strike.

“This is because the area of contention only concerned state judiciary,’’ he said.

Oluomo also faulted state governors’ reluctance to accede to the demands of JUSUN, described the current lack of full financial autonomy for the judiciary as a “clear breach of the constitution.”

He, however, faulted striking members in states such as Lagos, Delta and Rivers States for joining the strike when the state governments were already complying with the constitutional provision.

The president explained that “the Federal Government has always been respecting these provisions and has been paying the money as stipulated under the constitution to federal courts.

“I can tell you that at this stage, after going into about three months, at least the workers of the federal judiciary are supposed to have resumed.

“You have been collecting your salary for the past three months and the system is suffering and you don’t have complaint whatsoever against the federal government,’’ Oluomo said.

The president advocate also supported the threat by Rivers State Governor, Nyesom Wike, to invoke the no-work-no-pay policy on the state’s chapter of JUSUN for joining the strike.

“I listened to Governor Wike when he said that as from June he would stop the payment of salary of the workers of the state judiciary if they don’t return to work.

“So, I support the argument of Governor Wike that since the state has been complying with the provision, he is going to stop their salary.

“I think the Federal Government should take a cue from that and also take the appropriate steps,’’ he said.

Oluomo, who further decried the increasing rate of unlawful arrest and detentions, particularly in the Southeast, as a result of the shutdown of courts nationwide, called for an end to the strike.

He implored JUSUN to take some positive steps in order not to lose the support of the masses.

The president added that federal judiciary staff could be challenged at the National Industrial Court on an emergency basis for their continued participation in the strike.