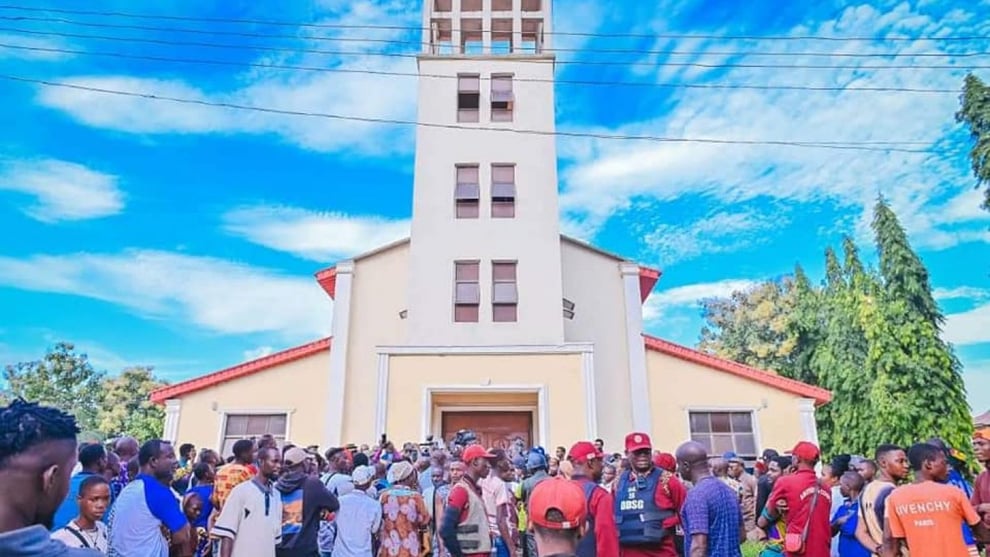 One of the Catholic priests of Christ the King Catholic Church abducted on Friday in Lere Local Government Area of Kaduna State has been found dead.

Meanwhile, according to reports, Very Rev. Fr. Chietnum was found dead while information on the other priest reveals that he escaped.

The two were abducted while on church assignment in the LGA.

This was disclosed in a statement by the Catholic Diocese of Kafanchan, Rev. Fr. Emmanuel Uchechukwu Okolo.

The statement confirmed that the other priest, Cleopas had escaped from their abductors.

It added that the body of the priest was found on Tuesday already decomposing.

According to findings, the deceased was killed the same day he was abducted.

The statement reads partly: “As we solicit for prayer for the repose of our dear brother and Priest and God’s consolation on his immediate family, we wish to call on all an sundry to refrain from taking the law into their hands.

"The Diocese declared a two day mourning for peaceful repose of his soul."

According to the statement, the deceased will be buried on Thursday at the Cathedral of St. Peter Kafanchan at 10 am.

Before his death, he was the Chairman of the Christian Association of Nigeria (CAN) in Jema'a local government area of Kaduna State and the Southern Kaduna coordinator of CAN.