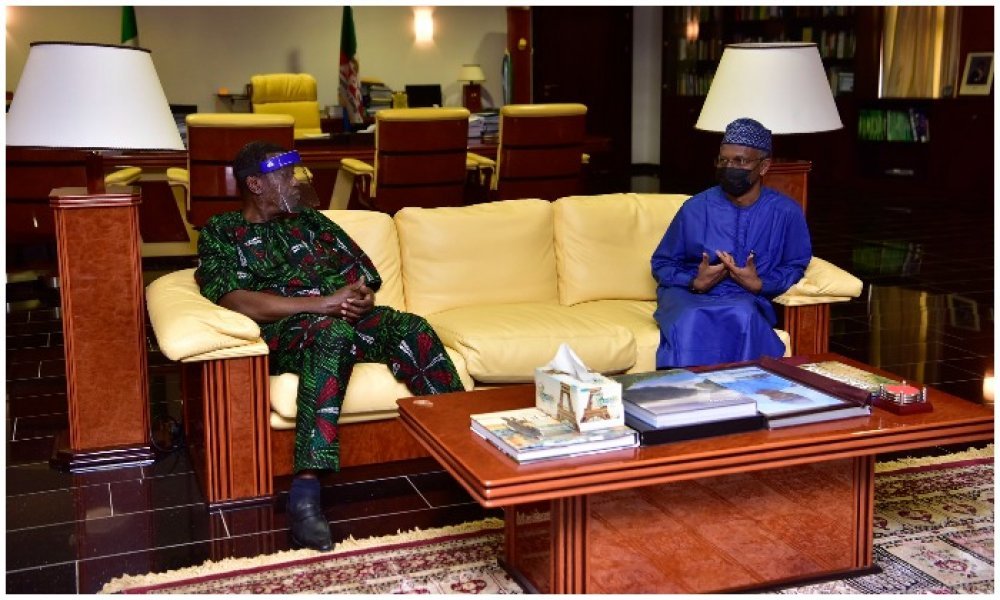 Pastor Adeboye made this known when he paid a courtesy call on Governor Nasir El-Rufai at the Sir Kashim Ibrahim House on Tuesday in Kaduna.

“Victory is around the corner” he told the governor and offered prayers for the politician, Kaduna state and Nigeria.

He described El-Rufai as a tender-hearted man, who was misunderstood by many.

“I know the kind of person you are, I know you are tender hearted, I know how you definitely must be feeling, particularly when the kidnappings are going on, when they begin to kidnap school children.’’

Adeboye told the governor not to despair, but to put his trust in God at all times.

“When God begins to do what He alone can do, then the world will see it and they will glorify the name of God, and many people who might be criticizing you now, will probably see the other side of the story.’’

In his response, El Rufai commiserated with the Redeem Family over the recent abduction of some pastors and  parishioners in the state.

“We also seek your blessings and prayers, as a great man of God, to assist us with the challenges that we are facing here and the country at large.

“This country needs divine intervention more than at any time in its  history.

El-Rufai described the Redeem Church as a pillar and symbol of Nigeria’s unity “and positive force for peace and progress” in the country.

READ ALSO: 'It Was Worth the Battle’ - Tim Godfrey Recounts How He Was Able to Feature Pastor Adeboye in New Song