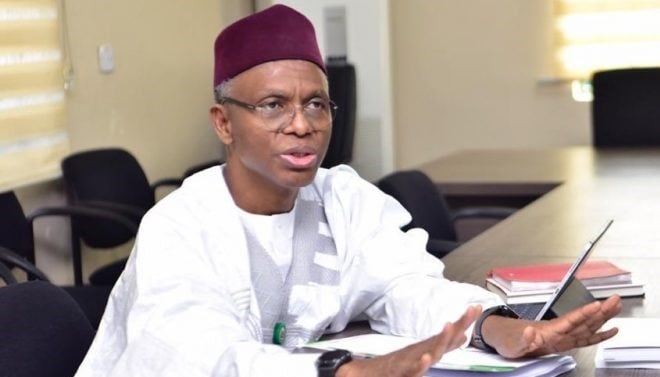 Kaduna State Government has announced that civil servants in the state will now work four days and work from home for one day per week as it commences transition to a four-day working week in the state.

Special Adviser to the Governor (Media & Communication) Muyiwa Adekeye revealed this on Monday in a statement.

Part of the statement reads ‘’Kaduna State Government will begin implementation of the transitional arrangements in the public service of the state from 1st December 2021.

"From that date, working hours for public servants hours are adjusted to 8 am - 5 pm, Monday to Friday.’’

‘’However, all public servants, other than those in schools and healthcare facilities, will work from home on Fridays.

"This interim working arrangement will subsist until the government is ready to move to the next stage of the transition which will culminate in the four-day week across all MDAs in the state,’’ the statement said.

According to the statement, senior officials are working on detailed guidelines to ensure that emergency services and the education and health systems in the state continue to deliver services 24 hours a day, seven days a week during the transition and beyond.

It added that government will also ramp up its efforts to give public servants access to digital devices and platforms to enable them work effectively from home.

Given the significant investments the state government is making in ICT, it will ensure that most of its automated services deliver the levels of performance required to give citizens seamless access.

‘’The state government expects the required legal and regulatory framework to be in place by January 2022. This will also enable the organised private sector to engage with the process and agree a longer transition period to a four-day working week,’’ adds the statement.