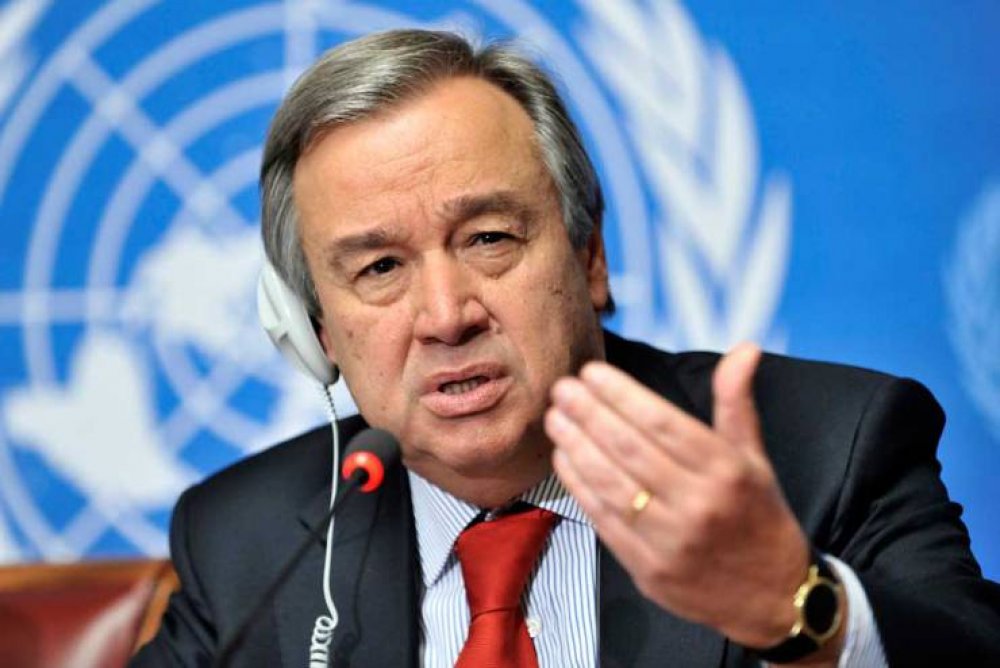 António Guterres, the Secretary-General of the United Nations (UN) on Friday called for the immediate and unconditional release of abducted students in the North-Western region of Nigeria.

AllNews had earlier reported that over 200 people which included students and staff of the Federal College of Forestry Mechanization, Afaka, Igabi Local Government Area of Kaduna State were abducted by bandits who invaded the school on Friday.

The recent kidnapping is the fourth mass abduction of school children in the North in the space of four months.

Reacting to the incident, Guterres called for the students to be reunited with their families and their abductors brought to justice via his verified Twitter handle.

He wrote, “I’m deeply saddened to learn of yet another mass abduction of students from a school in Nigeria.

"Schools must remain safe spaces for children to learn without fear of violence or kidnapping or any other attacks on them”, Dujarric continued, adding that “attacks on schools and other educational facilities constitute a grave violation of children’s rights and human rights more broadly”.

The UN chief “urges the authorities to safeguard schools and to ensure the right to education in a safe environment”, he added.

Recall that last week, 279 schoolgirls were freed after being snatched from their boarding school at Jangebe, in northwest Nigeria's Zamfara state. Weeks before, dozens of children and staff were taken from a boarding school and in December, more than 300 boys were abducted.

Fears are growing that a so-called “kidnapping industry” is continuing to expand across northern Nigeria, and the country’s President Muhammadu Buhari was quoted in news reports this week, pledging to continue “working hard” to bring an end to the scourge.

In 2014, the Islamist extremist group Boko Haram’s attack on the Chibok secondary school in Borno state sparked an international outcry and prompted the #BringBackOurGirls campaign. Of the 276 girls taken then, more than 100 are reportedly still missing nearly seven years later.

I'm deeply saddened to learn of yet another mass abduction of students from a school in Nigeria.

Schools must remain safe spaces to learn without fear of violence. The students must be returned to their families, and those responsible for this crime must be brought to justice.