Kamaru Usman: What The Nigerian Nightmare Said After Devastating Gilbert Burns With TKO Finish At UFC 258 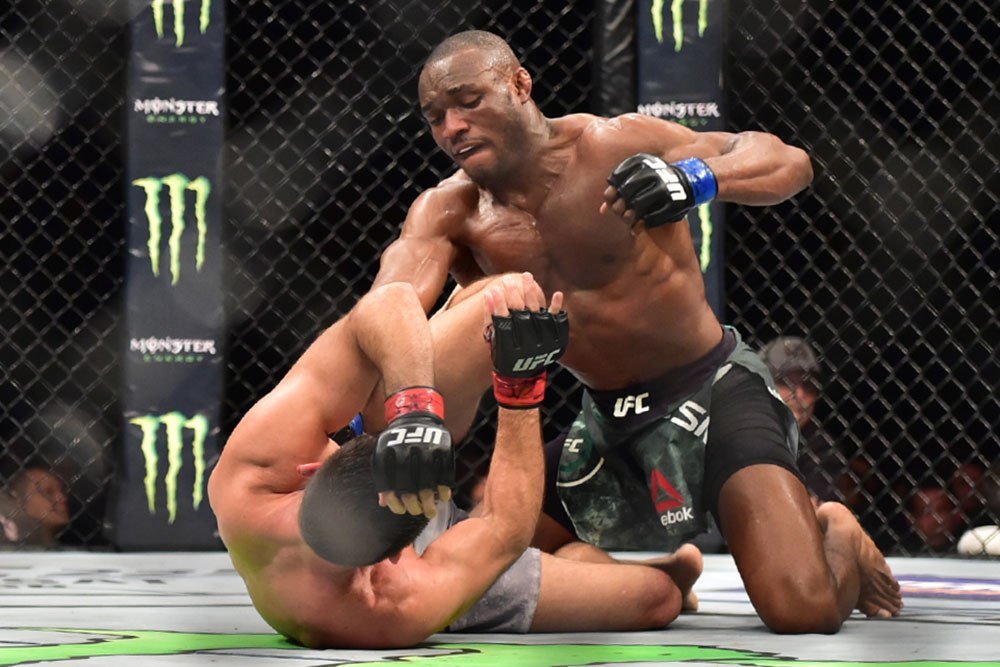 Nigerian-American mixed martial artist, Kamaru Usman has hailed his most recent opponent, Gilbert Burns, as the best fighter in the UFC welterweight division - after him.

Usman via his verified handle on February 14 Valentine's Day consoled an understandably distraught Burns by telling him that he thoroughly deserved to share the Octagon with him in a classy tweet.

You deserved to be in there with me. You’re the next best in the division ???? @gilbert_burns pic.twitter.com/gLT3lTEv0I

Usman further cemented his legacy at UFC 258, obliterating top contender Burns on Sunday to extend his reign as welterweight champion.

Usman (18-1) now has the longest win streak in UFC welterweight history with 13.

Usman and Burns locked horns in the main event of UFC 258.

Once friends, then foes.

Usman & Burns embrace at the conclusion on #UFC258 ? pic.twitter.com/uwPdtWQfHT

Although there was an early flourish from Burns in the fight, Usman was quick to subdue it and mount his own offence to get the better of his former teammate.

Before the fight started, Kamaru Usman refused to touch gloves with his former teammate, but the display of mutual respect after the fight was commendable, to say the least.

Usman embraced Burns and comforted him as the latter broke down into tears.

Usman later justified his decision not to touch gloves with Burns before the fight by claiming there could be no display of friendship inside the Octagon during a fight.

He further claimed that Burns had made the fight somewhat personal due to his pre-fight comments about taking the belt from the Auchi, Edo-born fighter.

The 'Nigerian Nightmare' claimed that he wants Masvidal to go through a full training camp for the rematch to not have any excuses after getting beaten.

Usman also vowed to finish Masvidal if the rematch ever comes to fruition.

Who is the man to beat in the UFC welterweight division? Sound off in the comments section.