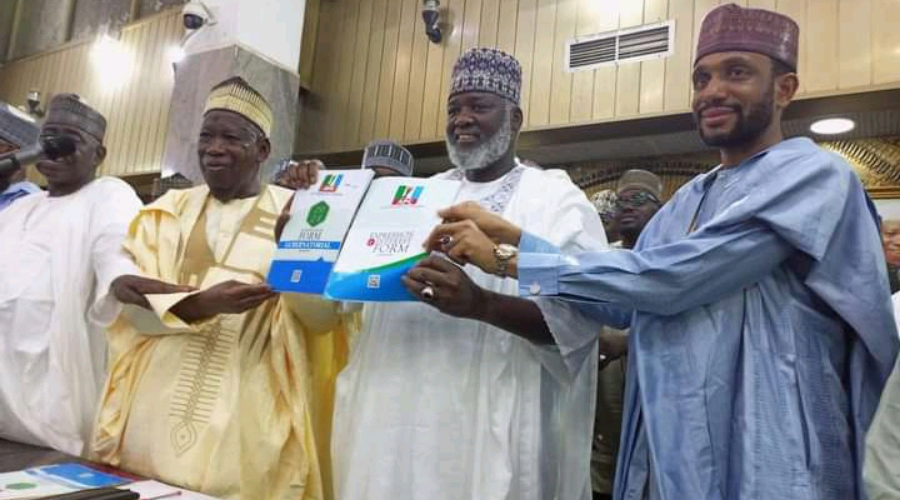 This he made known during a stakeholders meeting of the ruling All Progressives Congress (APC) in the state, held at Africa House, Government House, Kano.

Assuring that the decision was unanimously taken after exhaustive deliberations with all the stakeholders of the party, the Governor noted that, all party procedures were followed before arriving at the position.

"As governor produced deputy to become governor, this time around, my deputy Dr. Nasiru Yusuf Gawuna is our choice for the gubernatorial seat come 2023 general election", he said.

He described Gawuna as a complete gentleman "who knows what is right and what is wrong. A person who is reliable and very loyal."

"This a very fearless confidant. If you want get clear and clean political fight, you need somebody, who is energetic, loyal and fearless. This is Murtala Sule Garo for you."

Meanwhile, members  of the National Assembly who attended the meeting endorsed governor Ganduje to vie for Senatorial District, Kano North, as announced by the Majority Leader of House of Representatives, Alhassan Ado Doguwa, who presented the Nomination Form to the governor, alongside other members.

They promised to provide for a befitting campaign office within North Senatorial District, as hinted by the Speaker of the State Assembly, Engineer Hamisu Ibrahim Chidari.

Elders of the party through their leader, Nasiru Aliko Koki, disclosed how they advised the governor for the new political direction of the party and the state come 2023.

He commended those who contributed resources to purchase the Nomination Form for gubernatorial race and handed over to him to give to whoever he wants to emerge as gubernatorial candidate and running mate.

He also commended those who purchased Nomination Form for his Senatorial contest.