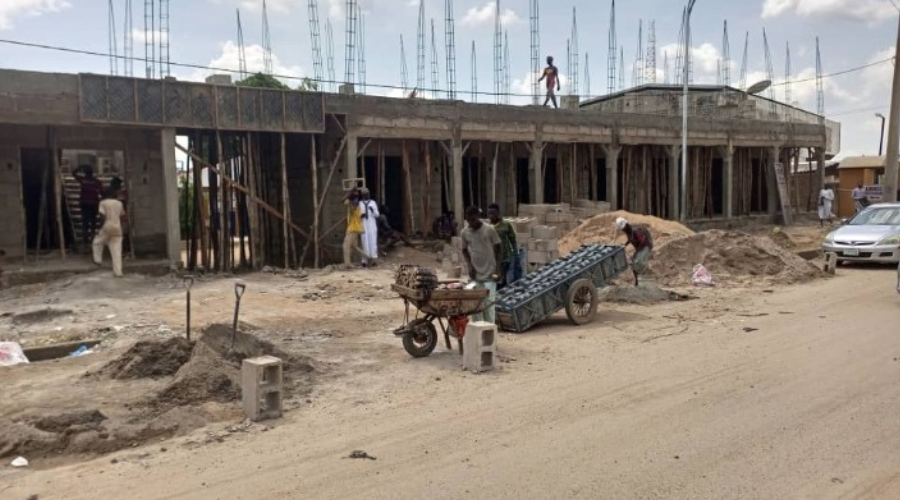 The construction at NUJ Secretariat Kano

The Kano State Government says it is committed to ensurjng the early completion of the ongoing construction of 30 corner shops at the NUJ Press Center, Kano.

The State Commissioner of Information, Comrade Mohammed Garba, gave the assurance at the project’s site on Friday.

Expressing satisfaction with the level of the work done so far, the commissioner said government would continue to partner with journalists for the overall development of Kano.

He said the project when completed would enable journalists to earn more revenue that would continue to make them independent in the discharge of their duties.

Mohammed Garba assured the contractor that Government would leave no stone unturned in ensuring early completion of the project.

Conducting the commissioner round the project, the State Chairman of the NUJ, Comrade Abbas Ibrahim, commended the quality of the work at the two project sites.

Comrade Abbas appealed to the State Government government to ensure timely completion of the projects to enable journalists to do their job diligently.

He appealed to journalists to work in accordance with the ethics of the profession, especially now that political parties have embarked on electioneering campaigns.