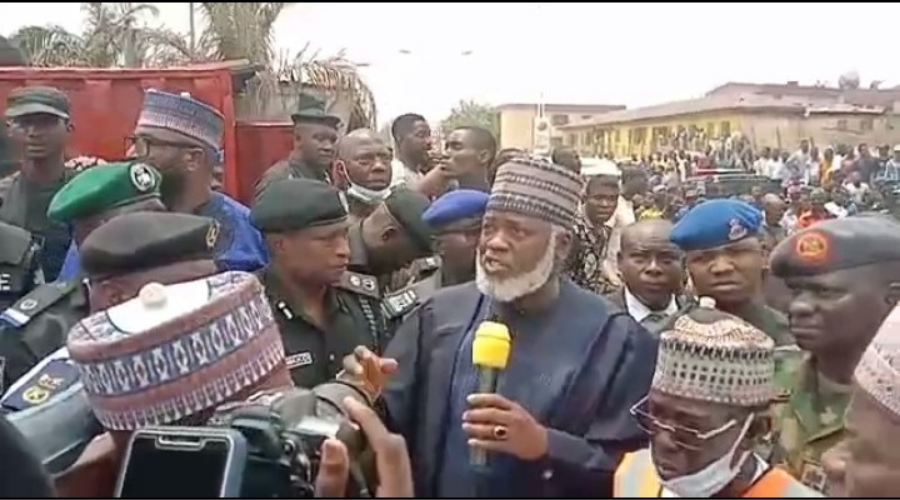 The Kano State Government has expressed disappointment over how some persons or news outlets spread false news about the Aba road explosion.

In his speech when he visited the explosion site earlier on Tuesday, Kano State Deputy Governor, Dr. Nasiru Yusuf Gawuna, said the investigation carried so far proved that the explosion resulted from a gas cylinder at a welding shop.

"What would one gain from from spreading false news", he asked?

The Deputy Governor was reacting to stories that the explosion was from a bomb, while others stated that it was a suicide bombing.

"No sane person would want for something like this to happen...stop spreading fake news on this incidence", he added.

Some passersby who spoke to AllNews Nigeria said the shop where the explosion occurred was used for welding, and the owner, now deceased always used gas cylinders for his work.

A trader at France road of Sabon Gari who sells electrical appliances, Tobi told our source that they are calm and going about their business so far.

Another trader on the same street, Auwal, also confirmed that there wass no cause for alarm so far and business is going on as usual, except for the alertness in the area.

Five persons have so far been confirmed dead, with many, including school children injured.