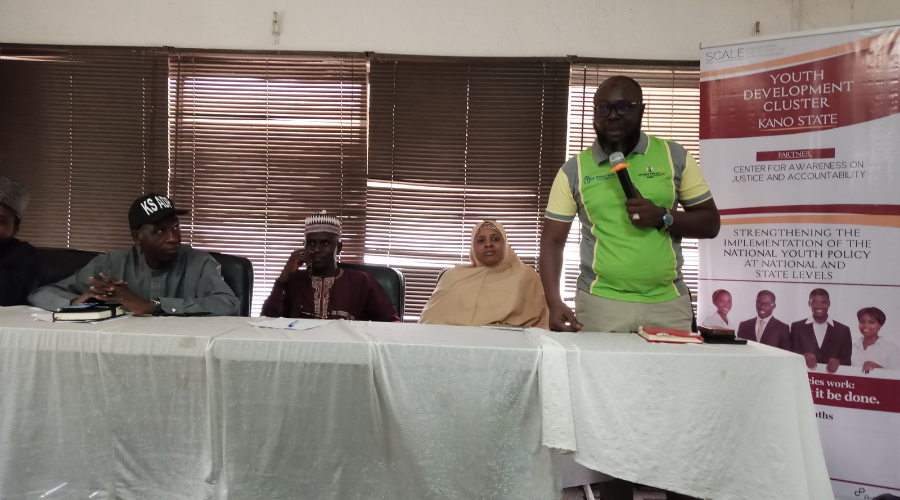 The Projects, if completed is expected to modernize agriculture in Kano

Kano State Government says the Islamic Bank's Intrestless loan of $68 million with other counterpart funds would be used to expand agricultural infrastructure and boost farming in the state, adding that three important contracts will be awarded in two weeks.

The Kano State Agro Pastoral Development Project (KSADP) Coordinator, Ibrahim Garba Muhammad Gama disclosed this on Thursday in Kano during a meeting organised by the Youth Development Cluster Kano, in partnership with Centre for Awareness on Justice and Accountability, CAJA.

He said the government will in a couple of weeks award contacts for the expansion of Watari farming land by 100 hectors.

Aside this, he said the government will award other crucial agricultural projects in the coming two weeks.

"Like the Ɗan soshiya forest, we will build schools, veterinary clinic, construct roads and markets, construct a dam, a mosque and other necessary facilities", he said.

Gama added that the project is expected to be completed in about two years.

Part of the projects expected to be awarded in the coming weeks according to Gama is the establishment of 40 out of the 100 milk collection centres across the state for about one thousand million naira.

The KSADP is a five-year programme under the funding of the Islamic Development Bank (IsDB) and Life and Livelihood Fund (LLF).

Also speaking at the event, Usman Muhammad AbdulHamid, the coordinator women and youths of Kano State Agro Processing, Productivity Enhancement and Livelihood Improvement Support , APPEALS project denied that the officials are biased in giving opportunities to people of the state.

He said the project follows due process in enrolling people for the project.

AbdulHamid said they have recorded success stories, but called on the 1,700 women and youth beneficiaries to desist from selling their intervention equipments.