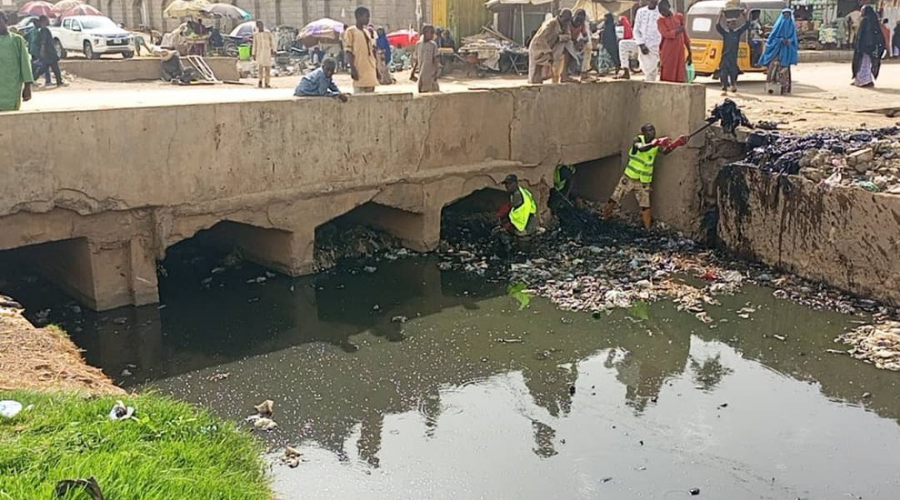 The Kano state government has described the blockage of some drainages along Gwarzo Rood behind BUK new site as illegal.

A statement signed by chief public relations officer, Kano state ministry of Environment Sanusi Abdullahi Kofar Na'isa on Tuesday said the state commissioner of environment Dr Kabiru Ibrahim Getso as during a visit to the areas for de-silting of this year’s drainage clearance exercise conducted on the eleven selected major drainages across the metropolitant in the state.

The Commissioner observed that some unpatriotic tricycle washers and commercial block-makers at Gwarzo Road are using sacks of sand and gravel to block drainages in order to trap water and subsequently use it for washing tricycles and block-making respectively.

He described the act of blockage of the drainages for whatever reason, by unscropulous persons, as illegal and amount to sabotage of government’s efforts of making Kano cleaner, healthier and safer for all.

The commissioner further noted that this would eventually cause flooding during the rainy season and malaria pandemic, as stagnant water is the breeding ground for mosquitoes.

He then warned such people to desist from such, and tasked them to de-silt the affected place within 24 hours or face wrath of the law.

He called on the supervisors of the de-silting exercise to pay serious attention to their job.

The areas so visited by the Commissioner and his entourage include Jakara Stream, Baban Gwari Roundabout, Gwarzo Road, Maiduguri Road, Rimi market to Shekara Secondary School to Bamalli Nuhu Hospital.