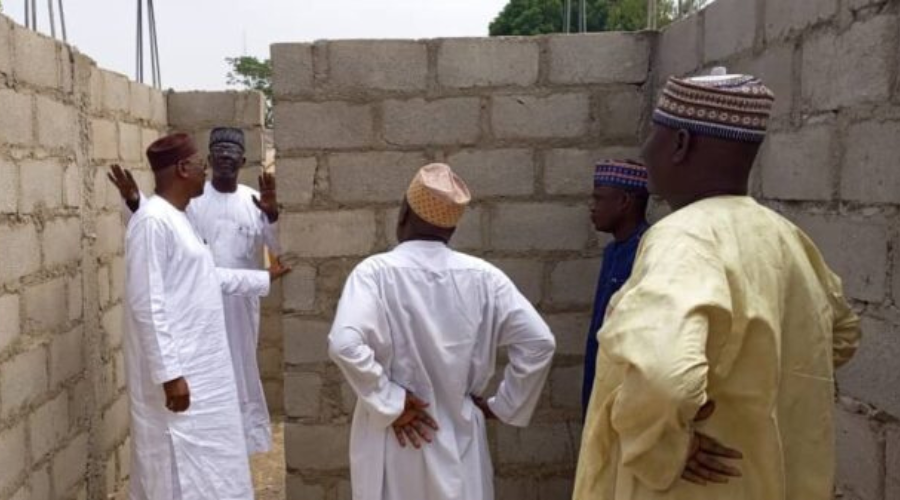 NUJ Chair, Abdullahi Abbas taking the commissioner of Information, Muhammad Garba round the shops under construction

The Kano State Government has promised prompt completion of the ongoing construction of 30 corner shops at the NUJ Press Center in the state.

In a press statement signed by council Secretary, Abba Murtala, the Commissioner of Information, Muhammmad Garba made the disclosure while inspecting the project site on Friday.

Comrade Muhammmad Garba expressed optimism that the government will continue to partner with journalists in view of their relevance to the social economic growth of the nation.

He appealed to them to guard against all negative tendencies that would truncate the ongoing democratic process.

The commissioner called on eligible voters to participate in the ongoing continuous voter registration to enable them exercise their constitutional mandate.

Conducting the commissioner round the project site, the NUJ chairman, Comrade Abbas Ibrahim said the project when completed will strengthen the revenue base of the union.

He thanked Governor Abdullahi Umar Ganduje for his support to journalists.