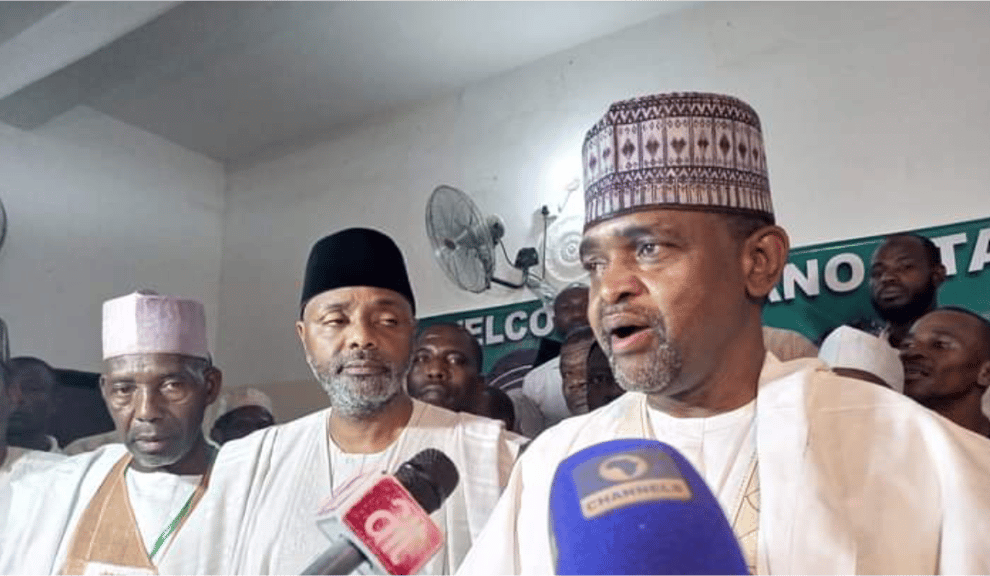 The Independent Electoral Commission (INEC) has officially declared Muhammad Abacha of the Peoples Democratic Party (PDP) the winner of the Governorship Primary Election in Kano State.

INEC's Resident Electoral Commissioner, Professor Risque Shehu, told newsmen on Thursday that as far as they are concerned, the election conducted by Shehu Sagagi is authentic.

"As at the time the PDP Primary was conducted, Shehu Sagagi was the one recognised by the law as the State Chairman of the party in Kano and is also the only election that we sent our observers", he stated.

The Resident Electoral Commissioner, who was responding to questions as to who they recognised as the authentic candidate of the party while briefing the media, said, “Although the primary is purely party affair, as far as we are concerned, the elections conducted by Shehu Sagagi was the one we recognised”.

He said some party stalwarts came from Abuja that they were sent from the PDP headquarters to conduct primary elections into the gubernatorial seat of the State, but they came without a location of where the elections would hold.

“But later Shehu Sagagi, the state-recognised PDP Chairman by law as at that time, came with the same letter from the party headquarters and with locations and we sent our observers who monitored their elections.

“And later in the day, another team of observers claiming they came from the party headquarters came and asked us to send our team of observers to witness their primary elections but we declined because we told them we are acting on what the law says.”

Abacha and Sadiq Wali had emerged winners of two parallel PDP primaries in the state, with each of them claiming to be the authentic candidate of the party in the state.