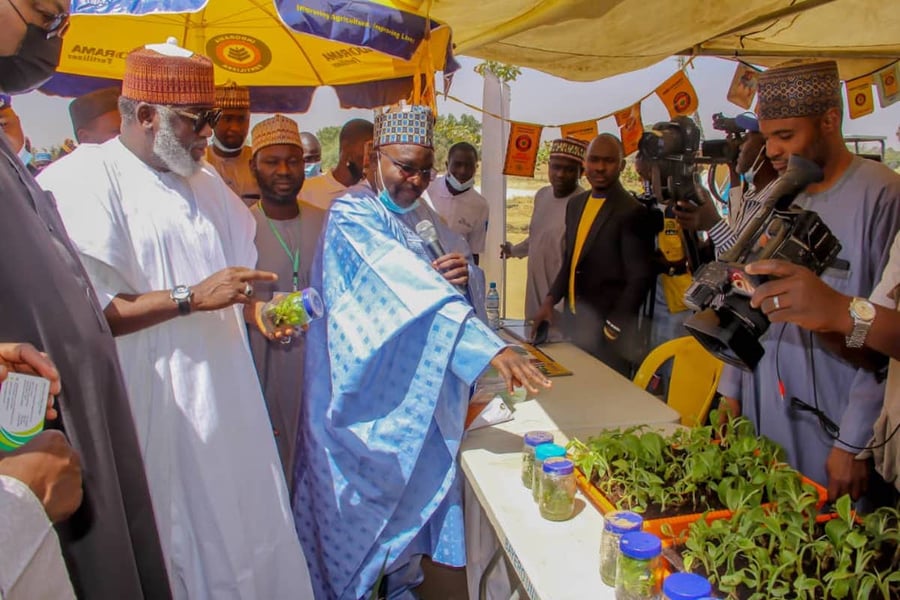 The Deputy Governor and Commissioner of Agriculture, Dr. Nasiru Yusuf Gawuna presented the items  to 5, 500 smallholder farmers through their 220 groups.

Dr. Gawuna said the initiative would proactively improve agriculture mechanization and provision of extension services support to farmers in the state.

“The core objective of this gesture is to encourage large scale food production in neighboring clusters, towards achieving food security and increased income for the smallholder farmers in the state, which remains a top priority of this government”, he emphasised.

“If this type of partnership can be sustained, the result would be a more effective approach of delivering new, simple and cost-effective technologies and extension programs to serve the needs of all groups of farmers in the state”, he satisfactorily said.

Dr. Gawuna enjoined farmers to embrace better farming systems introduced by the government with the support of development partners such as the Islamic Development Bank, and the Lives and Livelihood Funds, through KSADP, to raise their standard of living and improve the state’s economy, making it less dependent on the Federation Account.

Sasakawa Africa Association, Country Director, Professor Sani Miko described the KSADP-Sasakawa cooperation as a huge success story, because of the substantial increase in yield for all crops; Rice, 100 percent, Maize, 60 percent, Sorghum, 20 percent and Millet, 80 percent, among the beneficiaries, as compared with their production capacity before the project intervention, with corresponding increase in incomes.

He assured that this stride will continue so as to enhance agricultural competiveness in the state, stressing that this year alone, 270, 000 farmers will be supported.