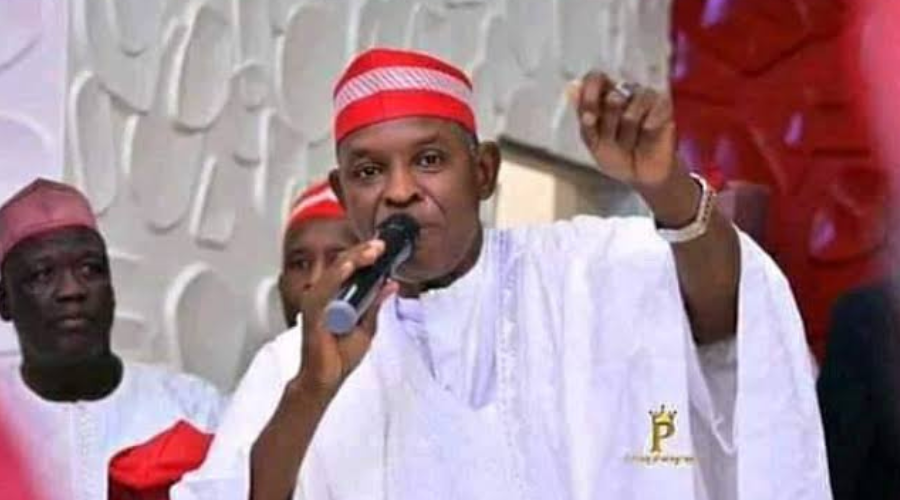 In a statement issued to newsmen by the candidate’s spokesperson, Sanusi Bature Dawakin Tofa on Monday, Yusuf stressed that the arrest of Abbas would significantly reduce activities of thugs and safeguard the lives of Kano voters.

The statement alleged that the APC state chairman publicly aides and actively supports violent attacks on NNPP supporters and campaign properties throughout the city.

“Recently, Abdullahi Abbas directed his biological son Sani Abdullahi Abbas (popularly known as Ochi Dandaba) and his close aide Junaidu Abdulhamid in company of over fifty (50) thugs to attack the family house and Ward’s campaign office of the NNPP governorship candidate in Chiranchi quarters and injured supporters of the opposition party in the area on Saturday 12th November, 2022.”

‘’The suspects were allegedly supplied with dangerous weapons by the said son of Abdullahi Abbas while Rayyanu a police personnel from Gwale Division is alleged to be providing them with security cover to perpetrate the evil act, ‘’the statement said.

According to the statement, the APC thugs led by Sani Abdullahi Abbas, alias Ochi Dandaba, again launched sporadic attacks in the last three days on the NNPP supporters and campaign properties in various communities within Gwale and Kano Municipal local government areas where scores of people were maimed and injured, some of them are currently in the hospital receiving medical attention.

The statement also alleged that despite the efforts of the new Kano State Commissioner of Police in addressing Political thuggery, the Divisional Police Officers (DPOs) of Gwale and Mandawari were alleged to have been aiding and abetting the incidences by being partisan in favor of APC and refused to attend to any of the Compliant filed before their respective offices.

The statement also accused the divisional police  to be providing perfect cover to the perpetrators of the alleged crimes.

‘’Abdullahi Abbas, the state APC Chairman, is known for hate speeches in every Public gathering.

"He has been notorious for causing crises in the State, which must be addressed quickly to restore sanity in our Polity.’

‘’There are numerous audio and video clips on social media platforms that provide clear evidence of these assertions.’

“We therefore draw the attention of Security Agencies, all Stakeholders including other Political Parties that are also being intimidated by Abdullahi Abbas  to as a matter of urgent public importance take all necessary actions against the person of APC chairman,  Abdullahi Abbas and his son Sani Abdullahi Abbas.”

By this statement, we want to make it categorically clear to the general public that if Security Agencies in the state can not immediately address the frequent violent attacks allegedly being facilitated by the leaders of the APC under command of Abdullahi Abbas and in the watchful eyes of Abdullahi Ganduje and his Deputy Nasir Gawuna, we would have no option than to allow the innocent victims to explore other alternatives in protecting themselves.

‘’We believe that failure of the security agencies to discharge their primary responsibility of protecting lives and properties of the Nigerian citizens, self-defense is permissible in both Islam and the Nigeria law respectively as provided by sections 35,36,39 and 41 of 1999 constitution as amended.

"The NNPP Gubernatorial candidate is therefore demanding the immediate arrest, investigation and prosecution of Abbdullahi Abbas, his son Sani Abdullahi Abbas and other suspects that were involved in the attacks, inciting statements  and other atrocities that have been perpetrated on our supporters and innocent citizen of the state that are capable of destroying the relative peace in the State.

“We also want to state in clear terms that if the utterances of Abdullahi Abbas toward political violence are not squarely addressed, we will be left with no other option than to boycott the forthcoming signing of peace accord initiated by the National Peace Committee under the able Leadership of the Former Head of State, General Abdussalam Abubakar and any other inter-party agreements toward 2023 elections as doing same may not guarantee the protection of lives and properties of the good people of Kano state," the statement concludes.