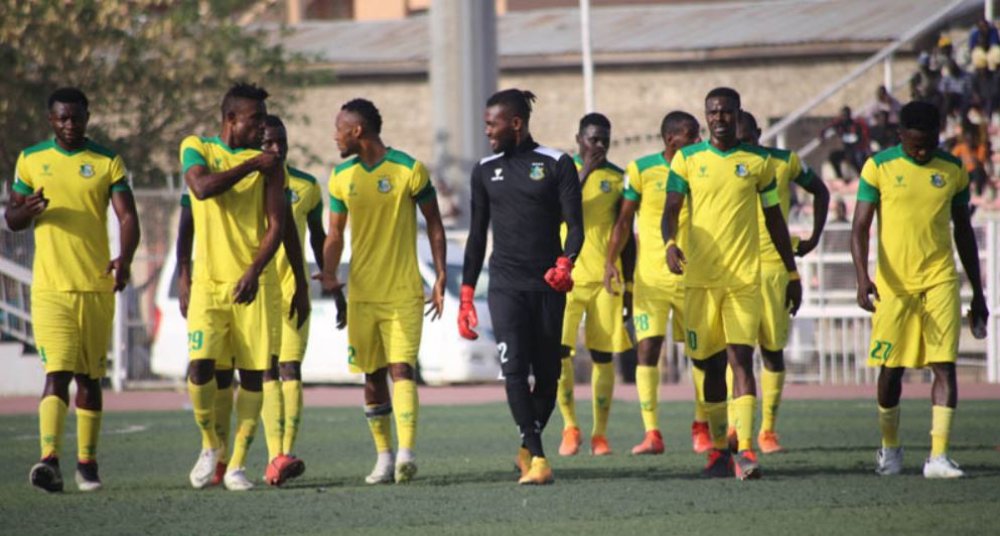 Pillars were without that Super Eagles captain, Ahmed Musa.

AllNews reports that Sunshine Stars had defeated hosts Heartland of Owerri 1-0 on Match Day 31 to ease their relegation worries.

But they still need more, and in this Match Day 32 fixture, Sadeeq Yusuf’s 59th minute goal was all they needed for the full points at the Ondo State Sports Complex.

The goal was the striker’s 12th of the season.

Sunshine Stars were dominant in the game, having a penalty appeal waived away by the centre referee after Ibrahim Tijani was brought down in the area in the 62nd minute.

In a post-match interview, Sunshine Stars’ Head Coach, Deji Ayeni, thanked the fans, players and the management for their support.

Ayeni said the team remained focused on the matches ahead “as no team is invincible and no team is unbeatable.

“I said it when I took charge of the team, that the situation on ground isn’t precarious, that it’s redeemable. We can all see the testimony now.

“All we need to do is to work on our tactics and concentrate, and approach our remaining matches one after the other in order for us to get the desired results,” he said.

Kano Pillars’ Head Coach, Ibrahim Musa, conceded that his players were not at their best against Sunshine Stars.

“I am not happy with today’s match. My players were sleeping in the first half, and they didn’t play to instructions. They approached the game as if we didn’t have anything at stake.

“But we have put the match behind us, and we are going home to correct some mistakes observed today and focus on our next match. I can assure you all that our hope of winning the league is still alive,” he said.

Sunshine Stars are 16th on the log with 36 points, while the Sai Masu Gida are fourth with 55 points.