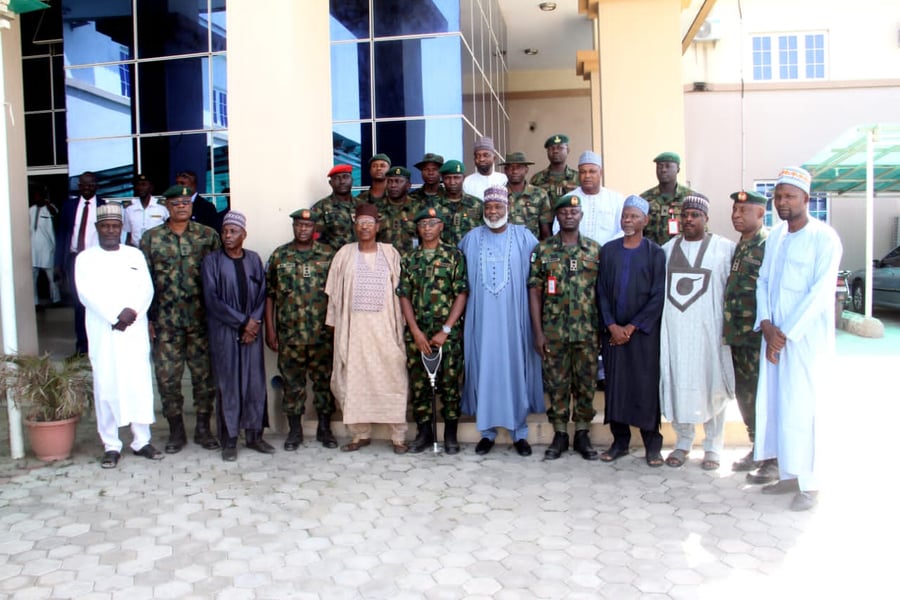 Kano State Governor Dr. Abdullahi Umar Ganduje says his administration has deployed modern technology gadgets such as CCTV to tackle the challenges of insecurity and ensure the safety of its citizens and their properties.

Represented by his Deputy Dr. Nasiru Yusuf Gawuna, the Governor disclosed this on Monday when he received the General Officer commanding one division of Nigerian Army, Kaduna, Major General Kabiru Imam Muktar, who paid him a visit at the Government House, Kano.

According to a statement by Chief Press Secretary to the Deputy Governor of Kano State, Hassan Musa Fagge and made available to newsmen on Monday quoted him as saying installation and deployment of modern technology has assisted greatly in curbing the criminal acts that used to bedevil the state.

He noted that, Kano is today one of the most peaceful states in the country due to prayers and synergy between the government and all the security agencies.

"In Kano we hold regular security meetings so as to analyse our operations and chart ways foward, infact we have included paramilitary agencies into the state security council.

"The Commander 3 Brigade, I am sure will brief you about our efforts in provision of adequate logistics", Ganduje said.

He then assured of continued support and cooperation to the Nigerian Army towards ensuring peace and safety of Kano citizens.

Speaking, the Major General Kabiru Imam Muktar said he was on a visit to the Army units and formations under his command in Kano State.

He explained that the first hand information they received from the citizens had assisted them a lot in combating crimes.

"The cooperation and support given to us by Kano people has helped tremendously in our effort to contain criminality to the bearest minimum".

"We are grateful to the traditional rulers and the citizens for their role in curtailing the farmers and herders conflict in the State.

"I am indeed happy with the cordial relationship between the 3 Brigade and Kano people", he stated.

Major General Muktar while reiterating their commitment towards ensuring security of lives and properties of Kano people, commended the Governor for executing laudable projects in the State.