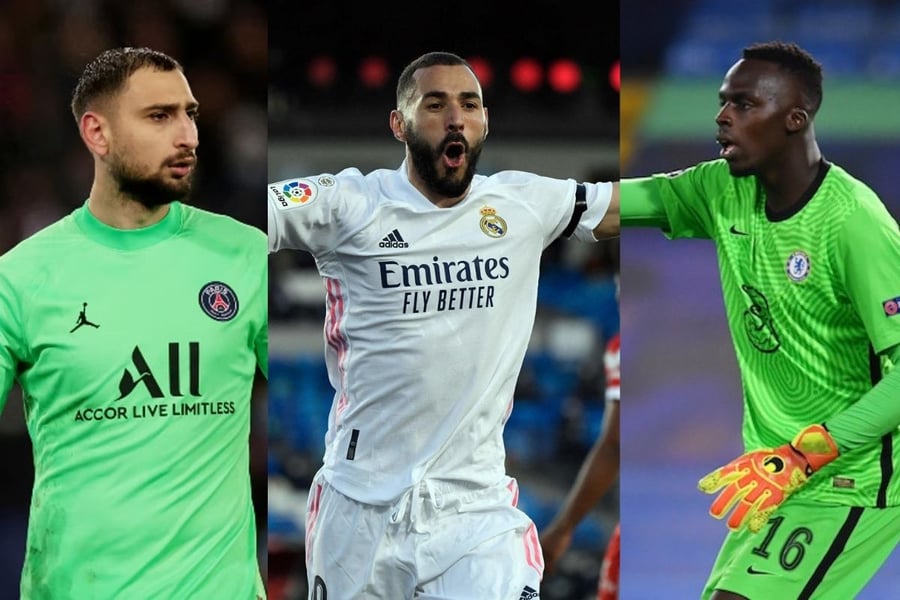 Real Madrid talisman Karim Benzema has proved his goalscoring ability not just in La Liga but also in the Champions League, scoring at will against two highly ranked goalkeepers in the world of football -- Gianluigi Donnarumma and Edouard Mendy.

Benzema has been likened to a wine -- getting better as he gets older. The transformation of Benzema from a Lyon 'ball-boy' to arguably one of the best strikers in the world right now at Real Madrid at the age of 34 is phenomenal.

Having played with the likes of Higuain, Raul, Kaka, Cristiano Ronaldo, and Hernandez Chicharito at Madrid, it seems he has learnt a lot from these players.

The way he runs into the box behind defenders in a stealth mode or even a beastly manner has made, even the best goalkeepers commit blunders they would not do on a normal day.

Aside from Mendy and Donnarumma, which this article addresses, the likes of Sven Ulreich (Bayern Munich), and Karius (Liverpool) have gifted Benzema goals at crucial stages in the Champions League. 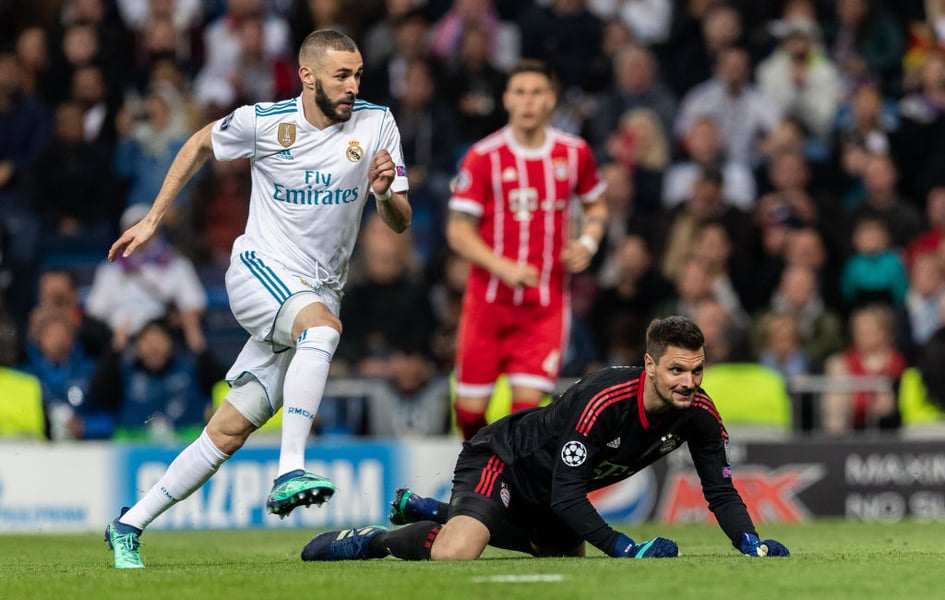 Benzema with Sven UlreichUnlike these two though, Mendy and Donnarumma could have done better but they couldn't because Benzema is just too good to give you a breather to think.

At the end of 2020, Edouard Mendy secured a shocking move to Chelsea from French side, Stade Rennais with a 5-year deal signed with the Senegalese.

He then went on to unseat Kepa Arrizabalaga as the first choice, who then was not just Chelsea's record signing but also holds the highest transfer fee for a keeper in the world of football (£71 million fee). It was not by a fluke as Mendy's first few games were exceptional.

He became the first African goalkeeper at the Stamford Bridge club and in the Premier League since Carl Ikeme in 2012. Also, in his first three games, he kept clean sheets.

He also equalled the record of most clean sheets in a Champions League season, by keeping nine clean sheets, the same as Santiago Cañizares in 2000–01 and Keylor Navas in 2015–16.

By May of 2021, Mendy became the first African goalkeeper to play in a final of the UEFA Champions League and the first since Bruce Grobbelaar, who appeared in the 1985 European Cup Final, Mendy then went on to win the most prestigious trophy in club football. 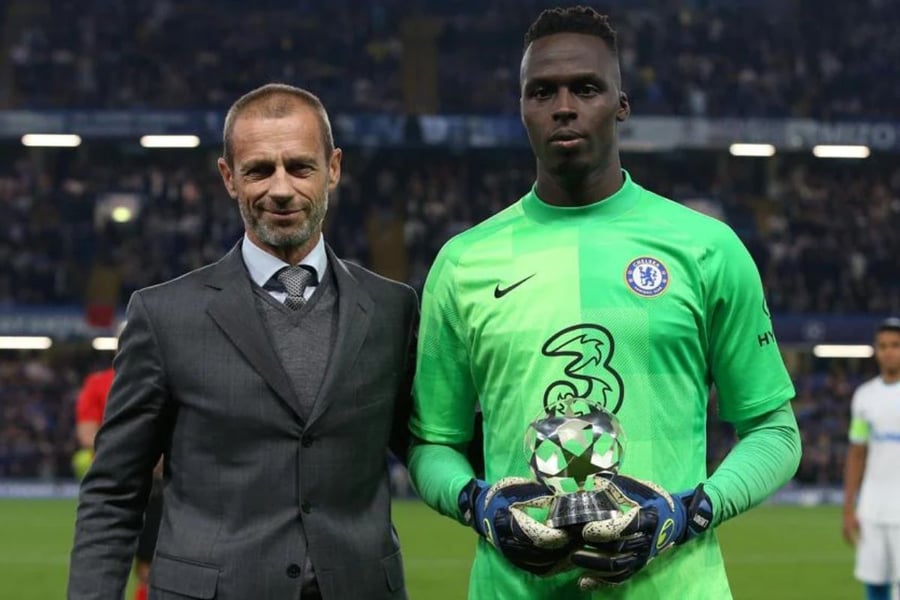 Mendy's latest achievement was at the national level as he helped Senegal win the Africa Cup of Nations in Cameroon. He was also awarded the tournament's best goalkeeper.

When Benzema arrived at Stamford Bridge on Wednesday night, Chelse fans and players were confident that they had the best goalkeeper between the sticks.

It only took the French man 21 minutes to make Chelsea's net bulge with the ball after he got on the end of Vinicius Jnr's cross to open up the scoring. Mendy saw his run but he could not parry the ball away. The goal was in fact a very nice combination between Vinicius and Benzema something, we have seen over and over this season.

It would take a genius like Mendy to save it but he couldn't but honestly no blame.

Another cross was sent in by Luka Modric into the box, Benzema raced down and dispersed a curling header past Mendy.

There was no point in the match on Wednesday that Mendy saved a goal-bound ball, any time Real Madrid got on the offensive, it was lethal for Chelsea. On the other side, Thibaut Courtois was making parries, diving saves to keep Real Madrid in the lead.

The climax of Mendy's shambles against Benzema was just 41 seconds after the restart, a back ball to Mendy, the Senegalese goalkeeper was trying to pass to Rudiger who was just a few metres away from him. He could not get a proper touch and Benzema seized the ball and buried it into the net to complete his hattrick. 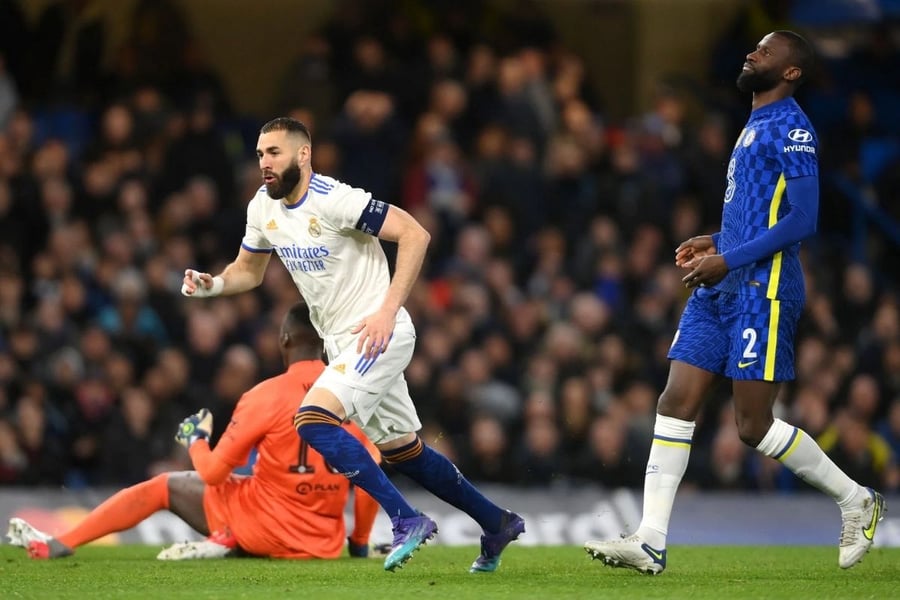 Edouard Mendy error It would now take a huge upset from Chelsea to go and beat Madrid at Bernabeu.

Paris Saint-Germain were tipped as the best purchaser in the summer of 2021 as they snatch world-class players on free transfers, in simple terms... for free!

Donnarumma's individual accolade is nothing short of remarkable just like Mendy. 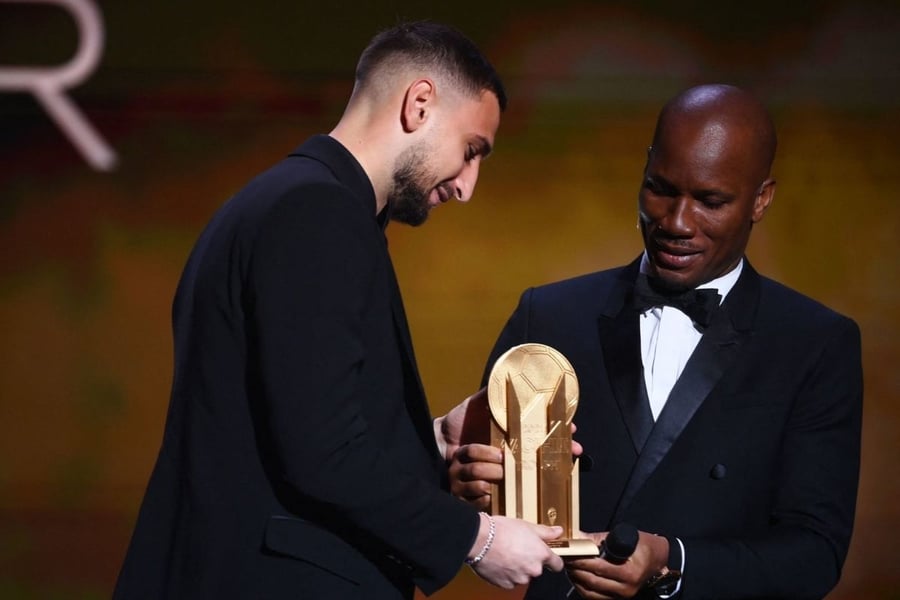 He helped his country Italy win the Euro 2020 trophy winning the best keeper of the tournament. He won the Yashin award, Serie A best goalkeeper and IFFHS World's Best Goalkeeper.

It was already a star-studded side, and now bringing in mega-stars to make it even more attractive. Many thought this would be the year PSG have been waiting for to win the Champions League with the attacking trio of Messi, Neymar and Mbbape.

Then UEFA's draw brought PSG and Real Madrid together in the round of 16.

13-time winner Real Madrid entered the game as an underdog with the attacking threats PSG had. In the first leg, PSG won by a single goal from Mbappe's clinical act in the late minutes.

He ran at Madrid's defence, carved it apart and sent Courtois to the canvas. 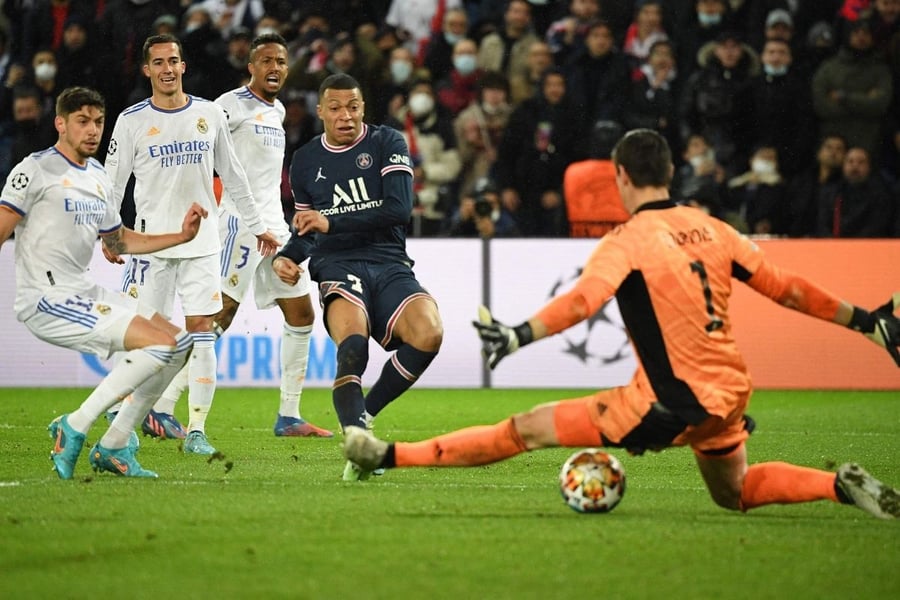 The second leg was more of the same from Mbappe but VAR chunked off two of his goals in the match but the one scored in the 39th minute stood as a goal. Another run at Alaba before burying the ball at the far post.

PSG were favourites to qualify until the 60th minute when Donnarumma mis-pass the ball into the path of Vinicius, he got on the end of it, and cut it back for Benzema, into the net. 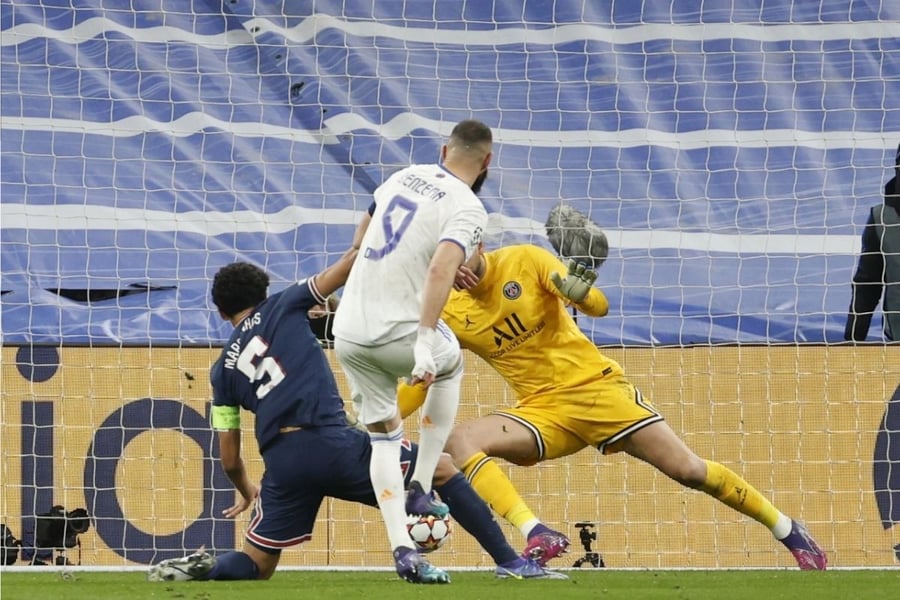 It was the start of Bernabeu's revolution. Benzema in quick succession scored his second and third for the night to turn the match on its head.

When the final whistle was blown in Bernabeu -- the attacking trio of Messi, Mbappe and Neymar were sent home to France.

So this is not a story about the goalkeepers but one about Karim Benzema who has now scored two successive hattricks in the Champions League knockout stages.

He has now scored 11 goals in UCL this season, 1 behind Robert Lewandowski and ahead of Ajax Sebastien Haller.

Villarreal stunned Bayern Munich in Spain on Wednesday and if they manage to progress, Benzema could overtake Lewandowski on the Champions League scoring chart.