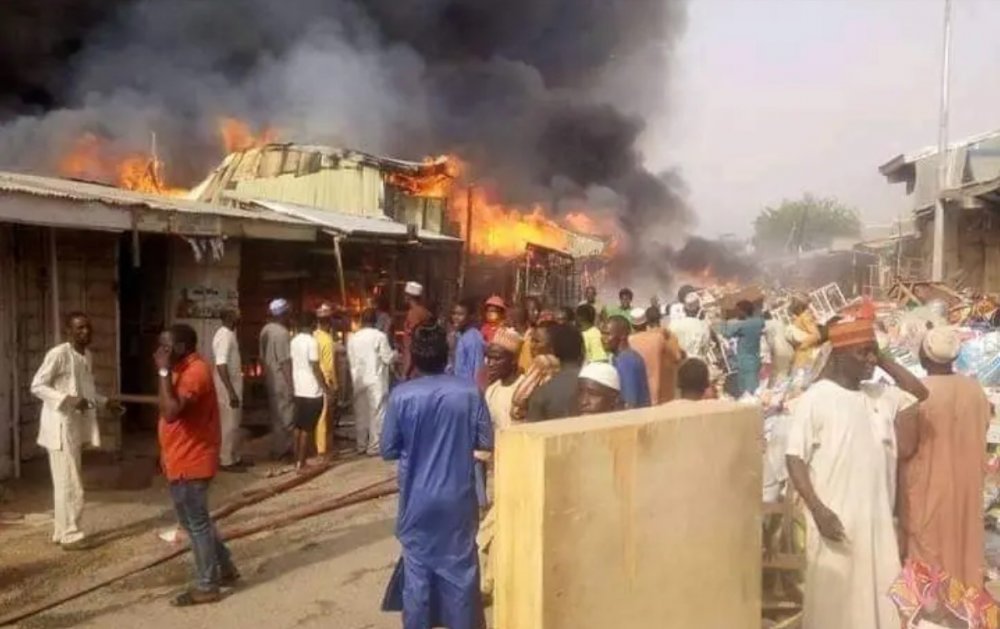 Some sections of the Katsina Central Market were razed down on Monday, with hundreds of shops burnt down to ashes and millions of naira goods lost in the fire.

It was gathered that the fire started around 8:30am on Monday morning at a shop and was spread quickly to other parts of the market.

A combined team of the Federal and State firefighters, state emergency management agency, police and other security have been mobilized to the venue to put out the fire.

The Chairman of the traders’ association of the market, Alhaji Abbas Labaran Alibaba, told reporters that the fire started at a shop close to the market mosque, adding that he could not estimate the worth of goods lost as at the time of the incident.

The Katsina State Governor, Bello Masari, who visited the market and went round the affected sections to see the extent of the damage of the inferno, was obviously in shock as he left without speaking to journalists.

The incident happened barely 24 hours after fire destroyed over 60 shops at Tudun Wada Market in Zamfara.