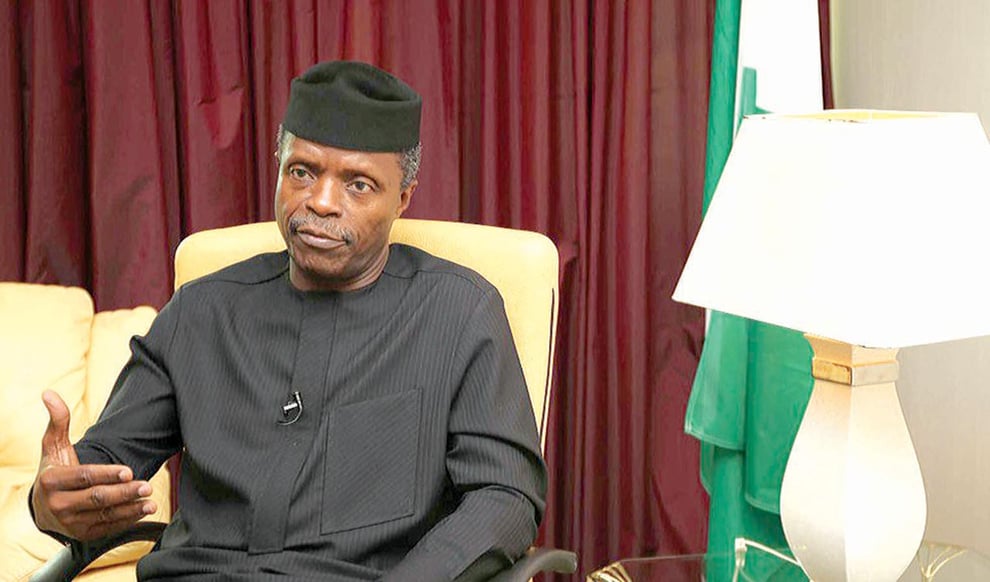 The Emir of Kastina, Dr. Abdulmuminin Usman, says Vice President Yemi Osinbajo has got the experience needed to effectively lead Nigeria as President.

The monarch disclosed this while receiving the vice president who was on a courtesy call to his palace on Saturday in Kastina.

Osinbajo was in Kastina in furtherance of his consultations with All Progressives Congress (APC) stakeholders ahead of the party presidential primaries.

Usman offered some piece of advice and prayed that the vice president’s aspiration would come to fruition.

“Take it from me, we are behind you; we will try as much as possible.

"Someone with  experience is a better person than someone who is very new to the administration, so you are on board already.

“You need some touches, the touches you need are consultations.

"We are the grassroots. You consult the traditional institution, you go with them.

“I really pray with all my heart that you succeed, that you carry on where your predecessor stopped and Allah will help you.’’

The traditional ruler said that Osinbajo, being a pastor, would know how to commune with God and lead with His fear.

“I know you are a quiet man, a pastor. You know God, you know how to go with Him.

"We will pray for you Insha Allah but in your mind take it; this is a work that must be done."

Earlier in his remark, Osinbajo, who was accompanied by Gov. Aminu Masari of Kastina State, thanked the traditional ruler for his usual warm welcome and hospitality.

The vice president said he was in the state to meet with APC delegates who would be involved in the process of selecting the flag bearer for the party in the 2023 presidential election.

“I have put myself forward to run as President of the Federal Republic of Nigeria and to succeed by the Grace of God, our very able President, Muhammadu Buhari when on May 29, 2023, he leaves office for a new government,“ he said.

He said that having served under Buhari for seven years, and sometimes, as the Acting President, he had garnered the experience needed to govern a complex nation such as Nigeria.

“I put myself forward for the reason that I have served under his tutelage for the past seven years and on some occasions, I have also acted as president.

“During that period, the president has exposed me to all that there is to know about governing a complex and diverse country such as ours.

“I want to say that I have learned; there is considerable experience, and the key issues that concern our country today.

"Issues of security, issues of the economy are issues that I believe we can do very well and I am in a position to do quite a lot on,“  he said.

According to the vice president, he knows exactly what the problems of Nigeria are and will not have to learn anything going by the experience and knowledge he has acquired.

He said that in his consultation with delegates, he disclosed what the Federal Government was doing about security, especially about re-engineering the nation’s security architecture.

According to NAN, Osinbajo said there is need to hire more men into the armed forces and police and to obtain more equipment.

“The problem of security, we know it affects the economy as well; it affects farmers who are in the rural areas.

“It affects so many other things but we know that these are problems that will be resolved and will be solved by human beings like ourselves not by spirits.

“This is one of the reasons why I have put myself forward to serve as president of Nigeria when the time comes in 2023.

“I thank you again for your warm hospitality and pray that you will live long; that this kingdom will prosper, will be peaceful and joyful under your reign.

“I pray that you will see the Nigeria of your dreams in your life time; a Nigeria that is safe, secure and economically prosperous,’’ Osinbajo prayed.