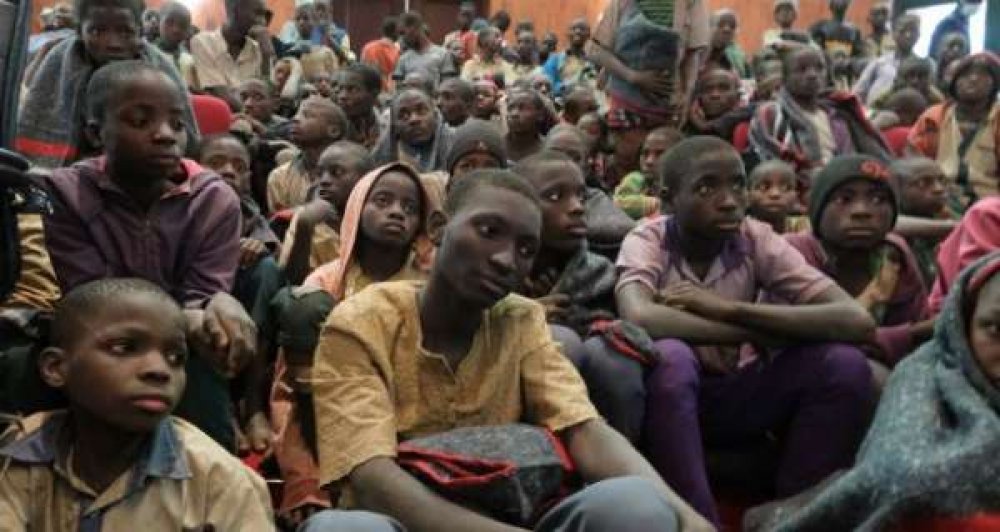 A Nigerian criminal gang leader responsible for the kidnapping of hundreds of schoolchildren in Kankara Local Government of Katsina State in December 2020 has surrendered to authorities in an amnesty deal, The Guardian reported on Tuesday.

The gang leader, Auwalun Daudawa led dozens of gunmen who kidnapped students from their school hostels in the Kankara town of Katsina. The crime sparked global outrage and illuminated the growing instability in the northwest of the country.

The abductions took place when President Muhammadu Buhari was having a private visit to his hometown, Daura, Katsina. Some of the students managed to escape and officials said about 340 of them were freed, days after negotiations.

According to a report, Daudawa surrendered to local officials on Monday along with six gang members, the statement from the local government said.

“In a brief ceremony at the premises of the Governor’s office…. Auwalun Daudawa handed over the weapons and also… swore with the Holy Quran not to revert to his old ways,” spokesman Zailani Bappa said.

The gang leader and his comrades surrendered 20 Kalashnikovs and other weapons to the authorities.

The Nigerian Northwest has been terrorized by criminal groups who raid villages, stealing cattle, kidnapping for ransom and burning homes after looting supplies.

At the weekend, 19 persons were killed when armed men raided two villages in northwest of Kaduna.

Travelers were attacked and abducted at bogus checkpoints on the highway. Hostages were usually released after ransom payment and some were killed.