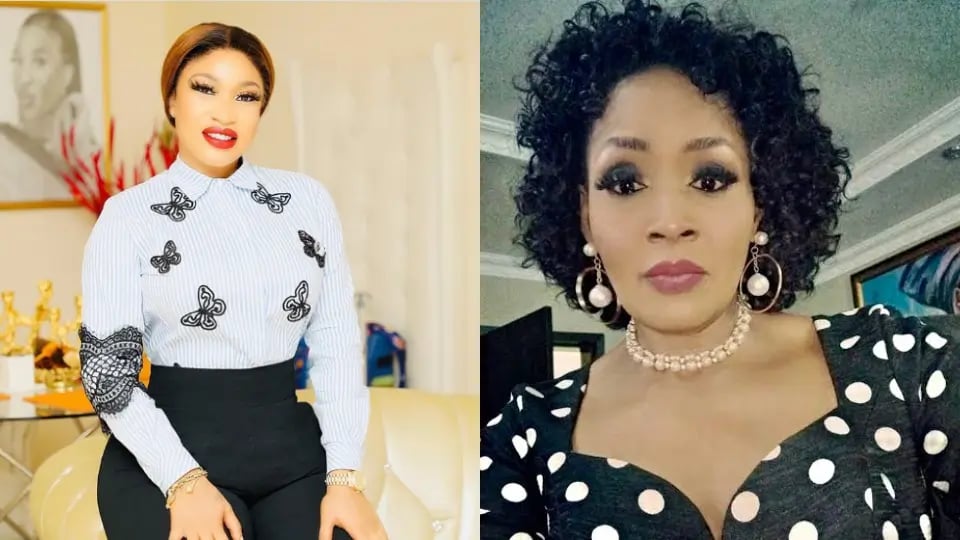 It was earlier reported that Kemi Olunloyo previously had a live video session with Tonto Dikeh's ex, Kpokpogri, to address reports that accused Tonto Dikeh of demolishing Kpokpogri's house.

Kemi Olunloyo claimed in the video that Tonto Dikeh was only bragging and was not responsible for the demolished building.

Tonto Dikeh used her social media story in response to the video to threaten Kemi Olunloyo with jail time.

Kemi Olunloyo, who was clearly hurt by the actress' remark, wondered why Tonto wishes she could go back to jail after all she went through in Port Harcourt prison, which caused her to suffer from Post-traumatic Stress Disorder (PTSD) for years.

"WHY IS TONTO DIKEH WISHING FOR ME TO GO BACK TO PRISON?

"This is so hurtful to me. Nobody can truly understand what I went through in Port Harcourt prison.

"I still battle #PTSD at 50% recovery till today.

"I only did a #Kemified wellness interview with Prince Kpokpogri asking him if her rejoicing had anything to do with the 'powers from above' that demolished his house.

"I used this opportunity to ask her to join my #EnddrugabuseNG campaign and donate cash and or snacks to the campaign."