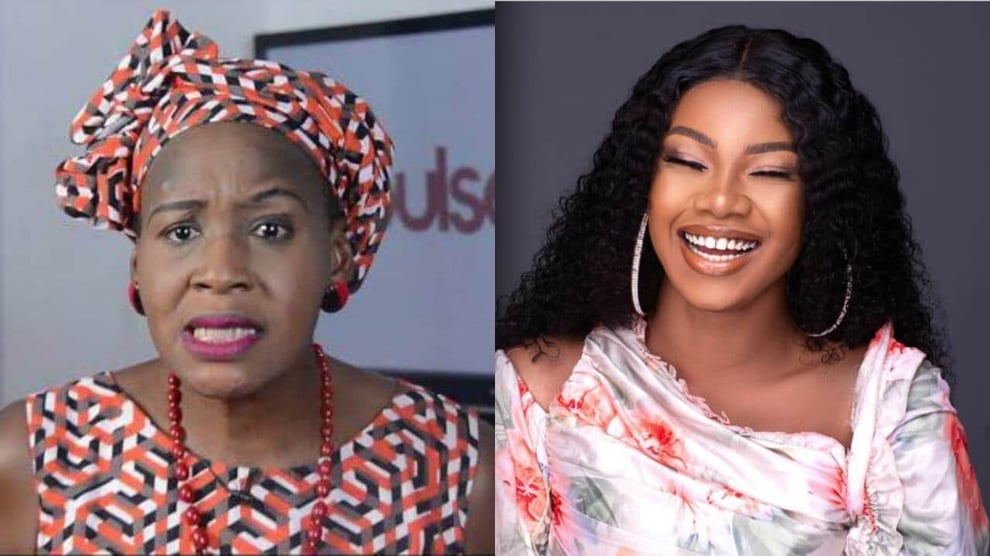 On her Twitter page, the 57-year-old self-proclaimed gun activist stressed the importance of mental health, adding that untreated depression leads to suicide.

Olunloyo, however, advised the reality star to take care of herself and see a psychiatrist.

"Tacha of #BBNaija is suffering from depression. Smiles may hide the pain inside when things become overwhelming.

"Take care of yourself Tacha." 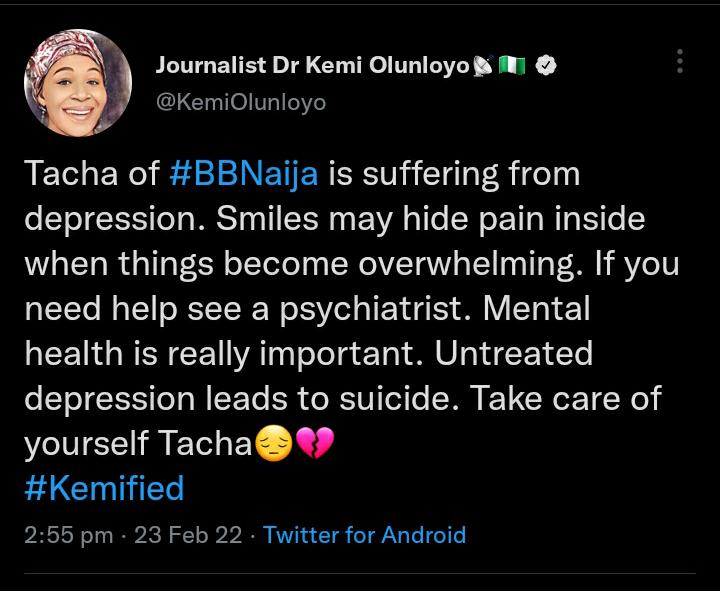 This is not the first time Tacha and Olunloyo have had an issue.

During Sylvester Oromoni's case in December 2021, activist Adetoun threatened to storm Olunloyo's house alongside Ada Ameh to beat her up over her statement.

Olunloyo had alleged that late Sylvester Oromoni agreed to join a cult whose initiation process include getting beaten and drinking engine oil.

Tacha, however, begged those who were planning to beat the journalist to make a recording of the incident.

Responding, Kemi Olunloyo ridiculed Tacha by describing her as a lady with body odour and one who uses bleaching cream.

"Please help me tell that PH lady with the bleaching cream body odour who beat up the Queen of Highlighs that violence is not the solution to arguments," Olunloyo had written.

"She tweeted that she wants Adetoun and Ada to videotape my BEATING. Remind her that beating her royal higness got her disqualified from the show."