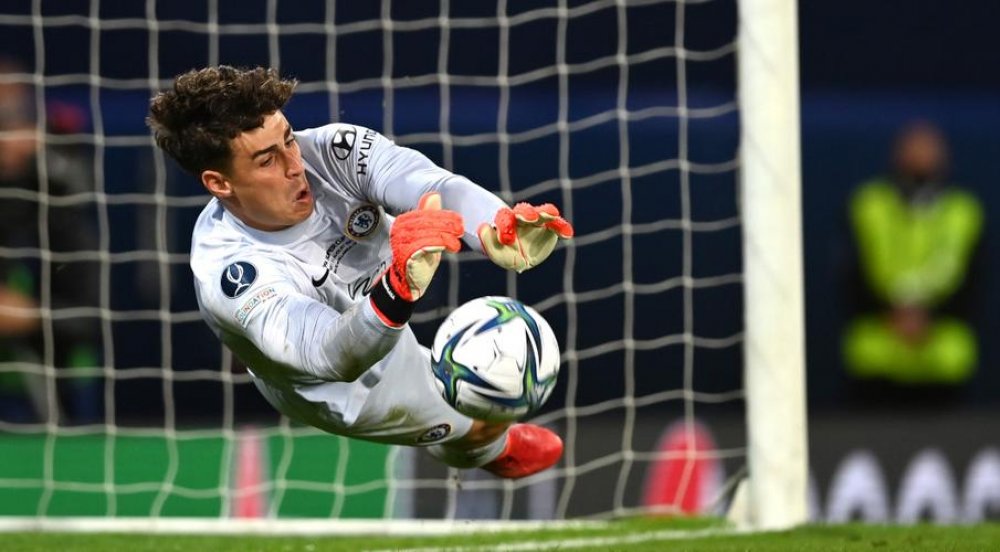 Spanish goalie Kepa Arrizabalaga came to Chelsea's rescue as they start a new season with a European trophy by beating Villarreal 6-5 on penalties after a 1-1 draw to win the UEFA Super Cup in Belfast.

Kepa, who has lost his place as number one since joining the club for a world-record fee for a goalkeeper in 2018, was introduced late in extra time as a substitute for the shootout and he came through by saving shots from Aissa Mandi and Raul Albiol.

In a night of high drama, Arrizbalaga was mobbed by his teammates as Chelsea at last won this showpiece under Roman Abramovich. Despite the glittering success, the Russian billionaire has brought, this is one trophy that has evaded them. They have lost in their three previous attempts. But not anymore even though it went all the way under an outstandingly defiant Villarreal.

It also meant that after losing their last two shoot-outs in this showpiece occasion – against Bayern Munich in 2012 and Liverpool in 2019 – Chelsea finally triumphed although they also worked hard for it before Tuchel’s inspired decision.

There was a worrying injury to Chelsea’s first-half goalscorer Hakim Ziyech who landed awkwardly on his right shoulder.

Gerard Moreno's goal cancelled out Ziyech's opener, the rest of the 90 mins were hit and miss as they dragged it down to the penalties.

Chelsea's first and to date only successful Super Cup venture was Gianluca Vialli’s exciting side who impressively defeated Real Madrid, managed by Guus Hiddink, in Monaco.

But after then they lost the remaining three to Atletico Madrid, Bayern Munich and Liverpool.

Now Thomas Tuchel will use the momentum of the trophy to go against Crystal Palace as Chelsea start the 2021-22 EPL campaign.