Kim Kardashian, Other Celebriites Being Paid To Promote Cryptos 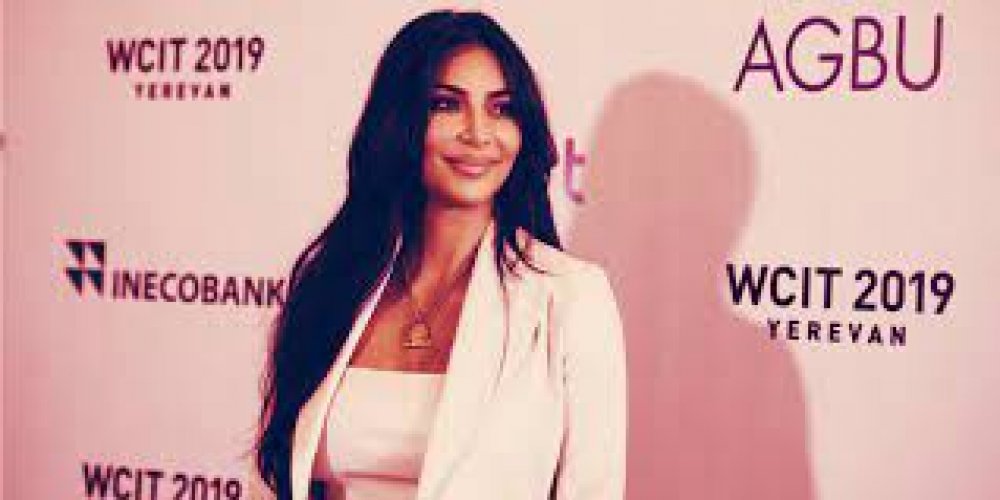 It is no longer news that cryptocurrencies are becoming more mainstream, but there's now a weird twist to the plot.

Influencers such as the D’Amelio family and Tana Mongeau, have started to post paid advertisements on their social media platforms for different digital coins and exchanges.

But even more, eyebrows were raised when celebrity influencer Kim Kardashian posted about a project called Ethereum Max on Instagram this week, sharing an advertisement with her 228 million followers.

Followed by a short clip of her speaking to her camera about ethereum max with ”#ad” written at the bottom of the screen, Kardashian West posted text: “Are you guys into crypto???” 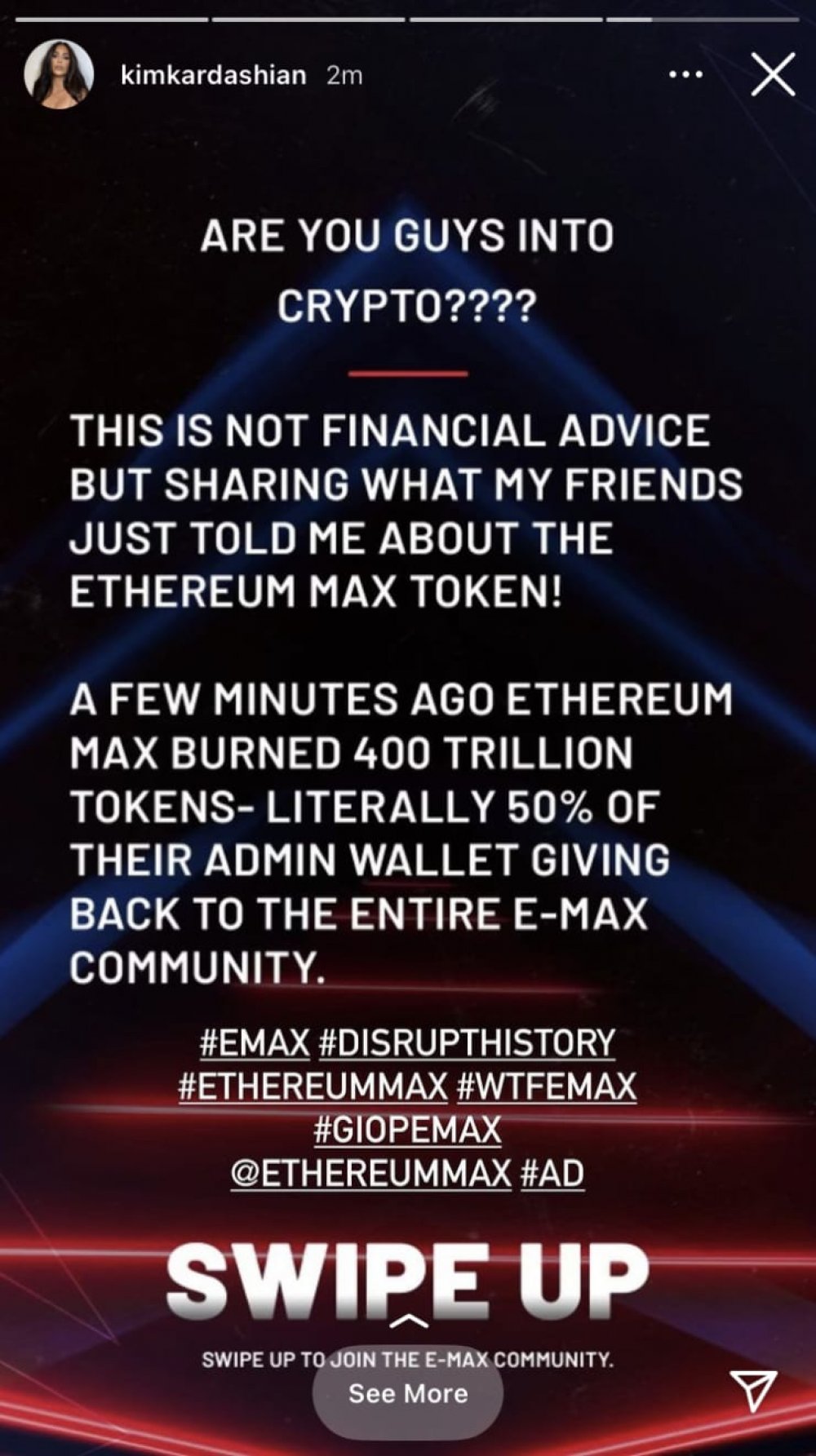 The Ethereum Max project (emax or ETH max) is an ERC20 project built on the Ethereum blockchain and launched roughly 30 days ago. It's an altcoin that redistributes a small percentage of transactions to its token holders. On its debut, it launched with a total supply of 2 quadrillions.

There are many questions, reports, and forum posts with people who are skeptical of the project asking whether or not emax is “legit or a scam.” Notably, ethereummax doesn’t have a white paper as other crypto projects do, and only a few details about its developers are known.

Of course, as soon as Kardashian posted the emax advertisement, the crypto community was up in arms about the post. Almost as if they haven’t noticed the swarm of celebrities who have been paid to advertise certain crypto projects in 2021.

Other celebrities, including Floyd Mayweather, have endorsed ethereum max as well. Mayweather brought up the altcoin during the Bitcoin 2021 Conference earlier this month and was, in turn, booed off the stage. Ethereummax also sponsored Mayweather’s recent fight with YouTuber Jake Paul.

Though all cryptocurrency is considered to be a risky, volatile investment, the altcoins being pushed out by these influencers, like ethereummax, require even more caution, experts warn. Especially when advertised to younger audiences.