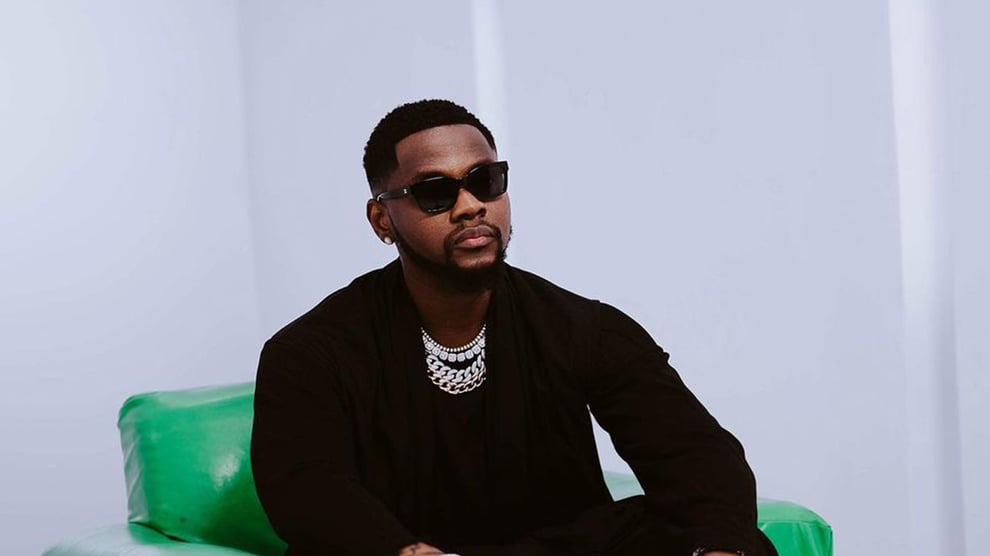 Big Step Consultancy, the organisers of a show in Tanzania where Nigerian singer Kizz Daniel was billed to perform, has reacted after he failed to show up.

Twitter is agog with videos of the artiste's reported arrest as fans who were at the event expressed their anger and frustration for not getting what they paid for.

Singer, Kizz Daniel, has been arrested in Tanzania for failing to perform at a show.

A video of angry fans trashing the venue of the show had trended earlier. pic.twitter.com/KPBiXLR0Aj

Speaking via a signed statement, Marilynn Mutendera, the Operations Manager of Big Step Consultancy, apologised to members of the public for the unwelcome development. 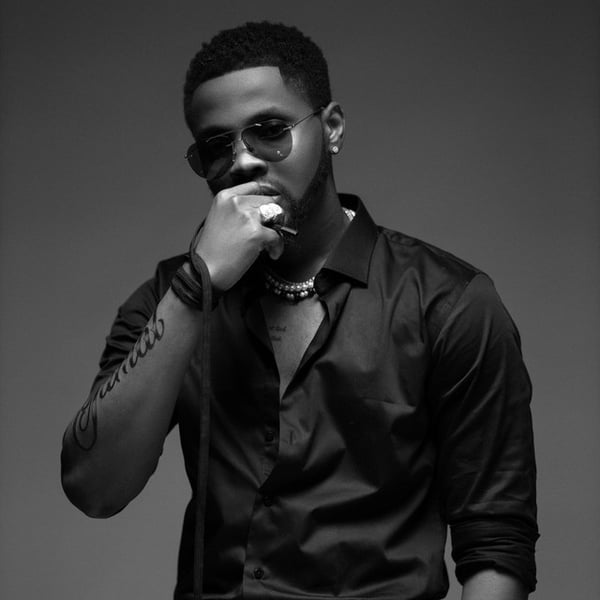 Fans also were assured that measures would be taken to ensure that everyone involved in the unpleasant experience would be held accountable.

"Big Step Consultancy wishes to apologise to the public for what happened at the SUMMER AMPLIFIED concert slated for Sunday, August 7th, 2022, where the headliner artist Kizz Daniel (who was fully paid) failed to perform as planned.

"We sincerely apologise for the inconveniences this cost our customers who trusted us and supported our event partnered with Str8up Vibes.

"We would like to assure the entire public and fans who paid and showed up for the event that we are doing all we can to ensure that appropriate measures are being taken to make sure that everyone involved is held accountable and our customers and fans are taken care of...", part of the statement reads.

See the screenshot below: 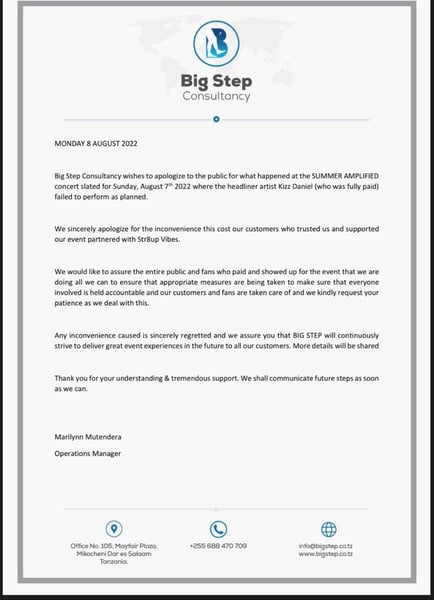