Klopp Extends Contract With Liverpool Till 2026 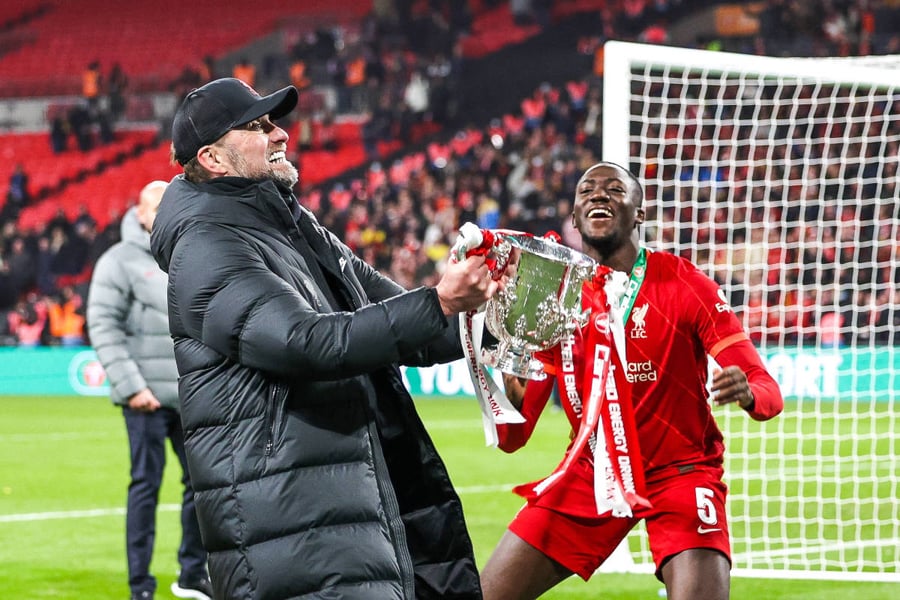 German tactician Jurgen Klopp has signed a new contract that will keep him at Anfield until 2026, Liverpool confirmed the extension on Thursday.

The German, whose previous deal was due to expire in 2024, said he was "delighted, humbled, blessed" to be staying for an extra two years.

"There is just so much to love about this place," he said. "I knew that before I came here. I got to know it even better after I arrived and now I know it more than ever before.

He added: "When the owners brought the possibility to renew to me, I asked myself the question I've mused over publicly -- 'Do I have the energy and vibe to give of myself again what this amazing place requires from the person in the manager's office?'

"I didn't need too long to answer in truth. The answer was very simple...I'm in love with here and I feel fine!"

Klopp's quote echoes the new chant to the tune of The Beatles song "I Feel Fine" -- dedicated to the Reds boss.

Fenway Sports Group president Mike Gordon, speaking on behalf of the club's owners, said: "It's always hard to find the right words to adequately reflect Jurgen's importance and contribution to our club, but today's announcement really does speak for itself."

But challenges lie ahead for Liverpool if they are to maintain the stellar standards they have set in recent years alongside Pep Guardiola's Manchester City.

Mohamed Salah - the Premier League's top-scorer this season - has still not put pen to paper on a new deal. His contract expires next year, at the same time as those for fellow forwards Sadio Mane and Roberto Firmino run out.

And sporting director Michael Edwards, who has been credited with much of the club's savvy transfer business, has already announced he is leaving the club at the end of the season.