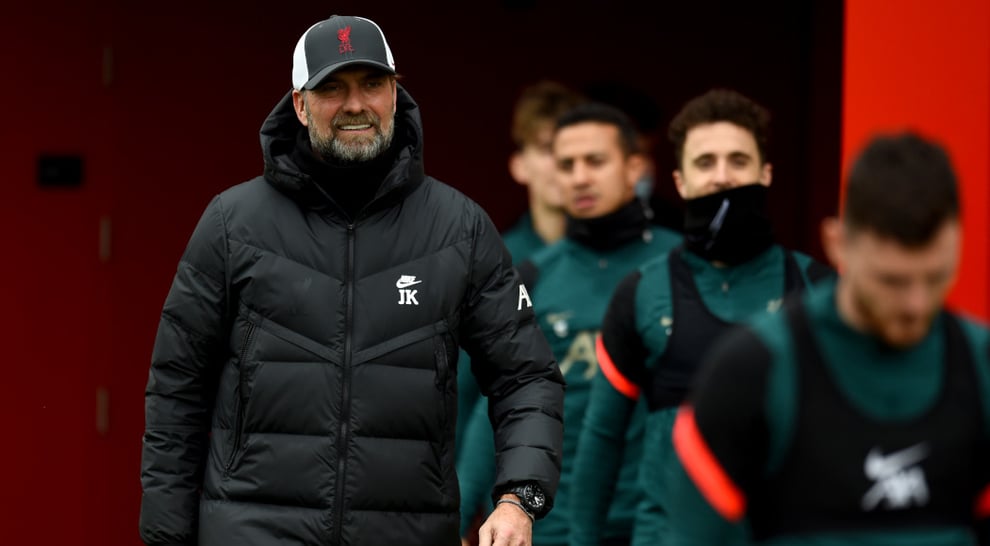 Jurgen Klopp says Liverpool have the strongest squad in his Anfield reign as the German tactician's side remains in contention to win all four trophies in one season for the first time.

Klopp is in uncharted territory with Liverpool embroiled in the Premier League title race while preparing for next week's Champions League last 16 first leg against Inter Milan.

The Reds are also in the League Cup final against Chelsea and the FA Cup fifth round against Norwich.

Never before has Klopp been in with a chance to win four major prizes in one season and the Liverpool boss believes that is down to the quality and depth of the squad assembled at Anfield.

The January arrival of Colombia forward Luis Diaz, plus the returns of Sadio Mane and Mohamed Salah from Africa Cup of Nations duty, will give Klopp a host of attacking options heading towards the business end of the season.

"That is the strongest squad, of course, no doubt about that," Klopp said.

"It would be a shame if that was not the case otherwise we would have become weaker over the years.

"We always had a strong squad and that we didn't make it in four competitions before was for different reasons.

"Timing in life is important and in football as well and when you come through a brilliant December on three wheels then January gets a bit bumpy when the cup competitions start properly.

For Liverpool to win a quadruple, they will have to overhaul Manchester City, who moved 12 points clear at the top of the Premier League with a win against Brentford on Wednesday.

Klopp's side can close the gap to nine points if they win the first of their two games in hand on City when they face Leicester on Thursday.

"It's the first time in my life (chasing four trophies). In Germany, we only have two competitions plus the Champions League," Klopp said.

"We create a base for decisive moments in the season. I don't think it ever happened at this time of the year we were still in all four competitions, that's special.

"And we came through a really tricky situation, having two of the best strikers in the world (Salah and Mane) not available and Naby Keita a world-class midfielder not available, plus injuries.

"The boys did a good job and now we have to clear our minds with all freshness, desire and determination.