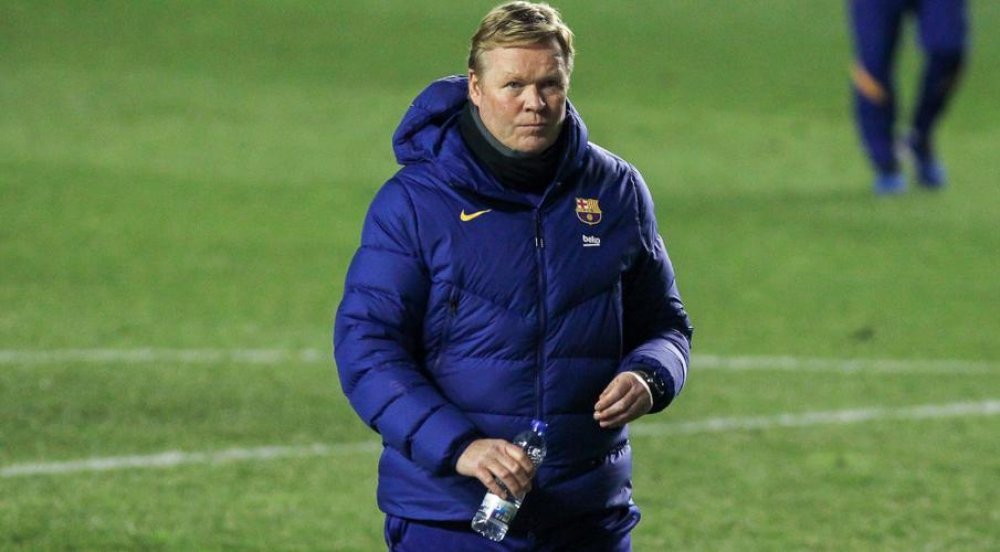 Ronald Koeman has said he finds it "strange" that his future as Barcelona coach is being linked to the result of Saturday's Copa del Rey final against Athletic Bilbao.

Koeman took charge only last year but despite an encouraging first season, his position is uncertain after the arrival of new club president Joan Laporta.

"It's a little bit strange that I need to answer questions like this because we had a run of 19 games without losing. We lose one game and I need to talk about my future?" Koeman said on Friday.

"Maybe I have to accept it. I have one more year on my contract. I know it's big pressure and I can handle that but sometimes it's a little bit strange."

Asked if he would like a public show of support from Laporta, Koeman said: "I don't need that every time the press says something. He has shown me his confidence. I know where I am. Despite the financial problems, at Barca, you have to win things."

Barcelona lost to Athletic Bilbao in the final of the Spanish Super Cup in January but have beat them home and away in LaLiga.

Victory in Seville this weekend would be the 31st time Barca have won the competition while Athletic are going for their 24th success, two weeks after losing last year's postponed final to Real Sociedad.

"It would be important for the club to win a big trophy, especially given the situation of the club," said Koeman, who said Gerard Pique is ready to play after recovering from a knee injury.

Barcelona are still in contention in LaLiga too, with two points separating them and league leaders Atletico Madrid, with eight games left to play.

"It's a final that's completely separate from the league," Barca goalkeeper Marc-Andre ter Stegen said. "But you feel good if you win and bad if you lose so our aim is to win tomorrow and get a boost for everything else we have to face."