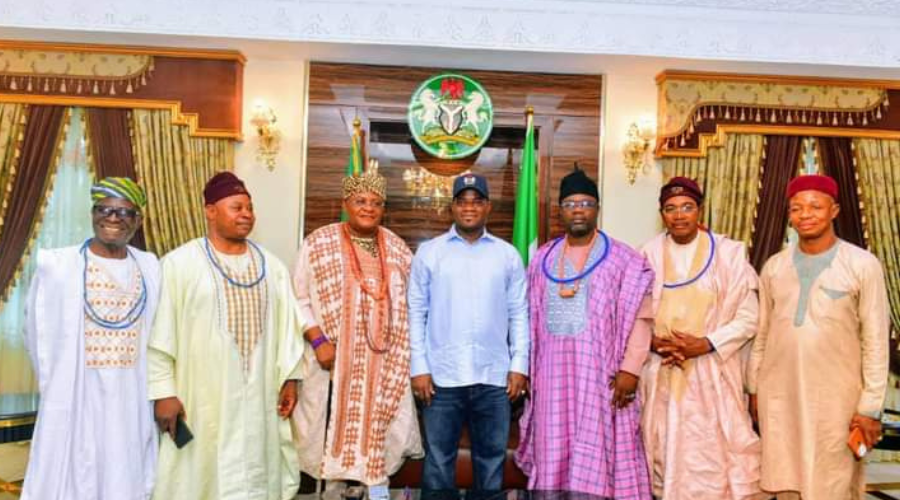 In a statement made available by the Chief Press Secretary to the Governor, Onogwu Muhammed, Ujah noted that Olamaboro Local Government Area has benefited immensely from the administration’s benevolence, particularly in areas of road constructions, erosion control and other projects.

The Ejeh said the people of Olamaboro were full of joy for the development the area has witnessed under the leadership of the Governor.

He similarly  commended the governor for his courage, doggedness and determination at the recently concluded 2023 APC presidential primary elections

The traditional ruler added that it was the youths and women who the governor has served as their vanguard who were lamenting the outcome of the contest, adding that the ruling All Progressives Congress would have had a smooth sail to victory in 2023 if Yahaya Bello was it’s flag bearer.

Governor Bello in his remarks expressed gratitude to the Olamaboro traditional council for always giving his administration the needed support right from its inception.

The governor appreciated the Ejeh of Olamaboro for being a compass in the right direction for himself and his administration, noting that the traditional institution’s role in peace, unity and development can never be undermined.