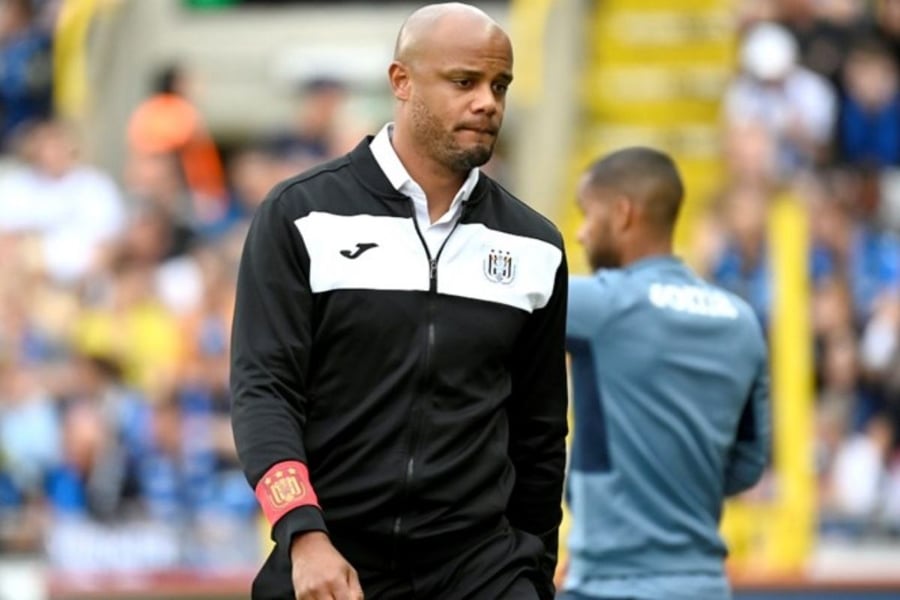 Manchester City legend Vincent Kompany has left his job as Anderlecht head coach, the club said on Wednesday, amid reports he is set for a return to England as boss of Burnley.

"The club and the coach have analysed the past season and discussed the plans for the future. The two parties have decided to part ways in mutual consent," Anderlecht said in a statement.

"This decision was taken with a lot of mutual respect and gratitude for everything that has been achieved together."

Kompany returned in 2019 to the club where he first launched his career to become player-manager after a trophy-laden decade in the English Premier League.

He took over as head coach in 2020 but Anderlecht failed to win a trophy during his time at the helm despite reaching the Belgian Cup final and qualifying for championship playoffs in the league this season.

"Today only one feeling prevails: I am proud that I was able to start this new chapter at the club of my heart. I have now been a player and a coach of RSC Anderlecht, but above all, I remain a loyal fan," the statement quoted Kompany as saying.

The announcement of Kompany's departure comes amid reports in the British press that he is set to take over at Burnley after the club was relegated from the Premier League.

According to reports, the club were close to naming Kompany as manager as they seek to consolidate in the summer before launching a bid to get back into the English top flight.