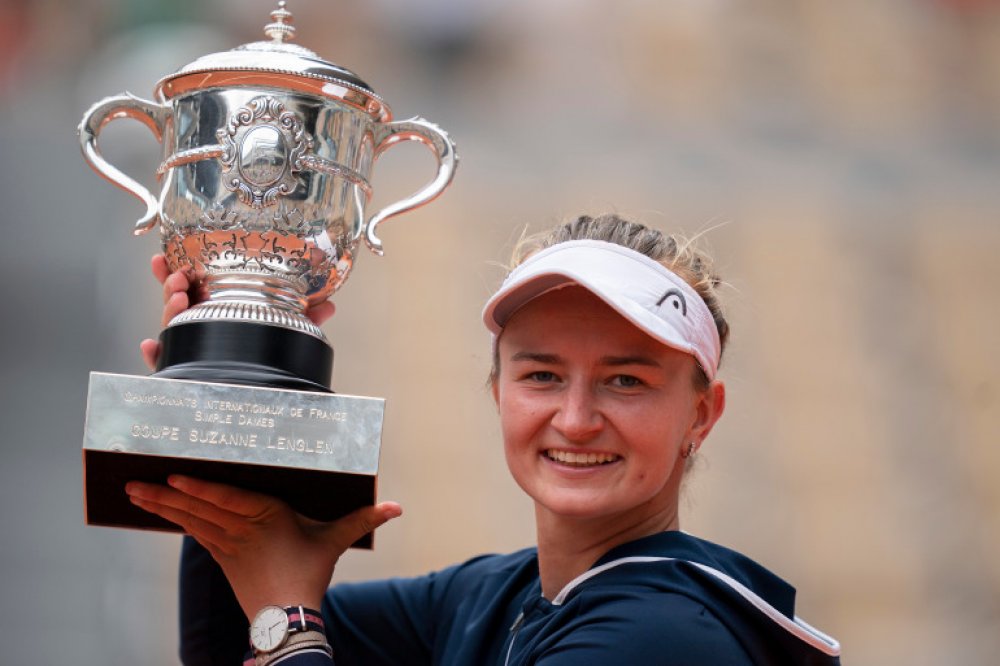 Krejcikova, ranked 33 in the world and playing just her fifth main draw in a Slams singles event, triumphed 6-1, 2-6, 6-4 for a second career title.

The 25-year-old emulates compatriot Hana Mandlikova who claimed the trophy in Paris in 1981.

The Krejcikova paid an emotional tribute to her mentor Novotna who died of cancer at the age of 49 in 2017.

"It's hard to put into words. I cannot believe I have just won a Grand Slam," said Krejcikova who was still outside the top 100 when the 2020 French Open took place last October.

"I spent a lot of time with Jana before she died. Her last words to me were 'enjoy tennis and try and win a Grand Slam'.

"It was amazing that I got the chance to meet her. She was such an inspiration. I miss her and I hope she's really happy."