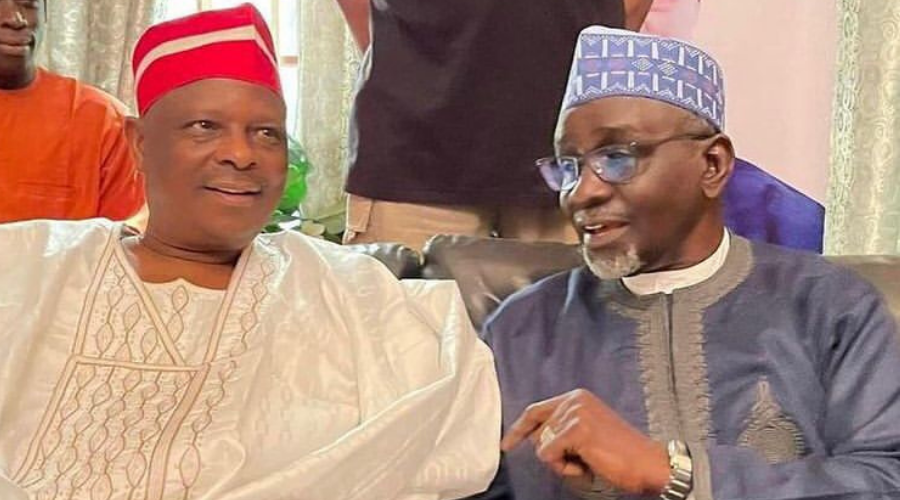 This is coming after Shekarau honoured an invitation by one of APC's Presidential aspirants, and leader of the party, Bola Ahmed Tinubu in Abuja.

According to a source close to Shekarau, Tinubu sent a plane to convey Shekarau and Governor Ganduje to Abuja to discuss ways to resolve the lingering crisis between the two.

Shekarau, leadder of the G7 had earlier threatened to leave the APC to the NNPP following unresolved intraparty issues.

However, in a dramatic turn of events, Governor Ganduje stormed Shekarau's residence on Friday evening and held a closed-door meeting for a while, without disclosing the content of their meeting afterward.

Later that day, a delegation that included Kawu Sumaila visited Shekarau, apparently in a bid to counter whatever Ganduje discussed with the now important piece of chess (Shekarau).

A source later reported that APC Chieftain, Bola Ahmad Tinubu asked that Shekarau and Ganduje be taken to Abuja for more talks on his planned decamping to the NNPP.

These frantic efforts by the APC seemed not just to retain the Senator but prevented him from joining forces with Kwankwaso ahead of the 2023 election.

However, after the return of Shekarau to Kano at about 12 pm on Sunday, Senator Kwankwaso visited him at his residence for more discussion.

It would be recalled that Shekarau through his aides, one of which is Sule Ya'u disclosed that the planned defection announcement of his principal fixed for Saturday has been postponed to Monday.