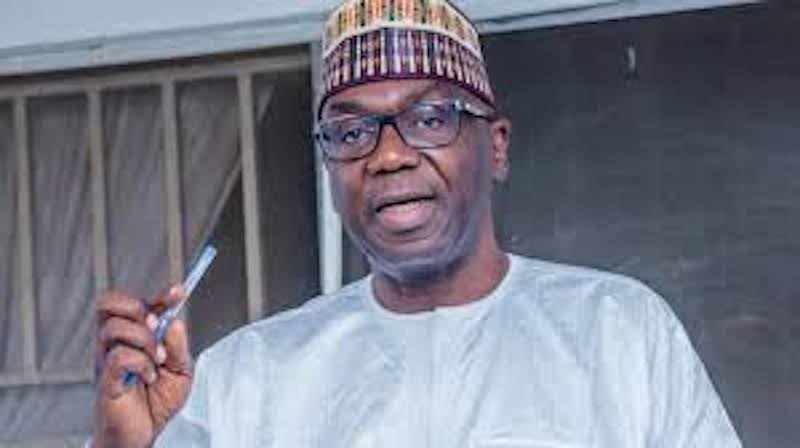 The Kwara State Governor, AbdulRahman AbdulRazaq, has said his administration is committed to deepening the revenue base of the state through business-friendly policies and support for small and medium scale enterprises.

The Governor spoke at the inauguration ceremony of the Kwara State Association of Marketers (KWAMs) at the state banquet hall on Friday, in Ilorin.

AbdulRazaq, who was represented by the Deputy Governor, Kayode Alabi, said the government is leaving no stone unturned to diversify the economy and quicken the recovery from COVID-19 imposed hardship.

“As the gateway state between the Southern and Northern part of Nigeria, Kwara remains the most peaceful state in Nigeria today.

“We believe that the responsibility of government is to protect lives and property of the citizenry, thus we are doing everything necessary within the ambit of the law to maintain law and order in the state for the safety of all persons, businesses and their investments.

We are backing these up with robust policy instruments and adequate investments and support for these sectors,” he said.

He enjoined participants to continue to uphold the government’s move to make Kwara the number one investment destination in Nigeria.

The wife of the governor, Ambassador Olufolake AbdulRazaq, represented by the Commissioner for Communication, Abosede Buraimoh, commended market men and women in the state for uniting and bringing themselves under one umbrella, adding that such is a sign of goodwill and mutual love for one another.

She described as timely their resolve to form a common front given that the state government is opening up more opportunities to ease trading and engender industrial revolution.

The Commissioner for Enterprise, Hajia Lawal, who praised the organizing committee for their relentless efforts that culminated in the success of the event, said the ministry’s relationship with the state marketers has been cordial.

Arinola said the government takes welfare of the state marketers and youth with all seriousness, asking them to repose their confidence in the leadership of Governor AbdulRazaq.

She highlighted some of the social safety nets the present administration has put in place including the State Social Investment Programmes (KWASSIP), Kwara State One Stop Investment Centres (KW-OSIC); KWAPRENEUR and the newly signed bill for the creation of Kwara Investment Promotion Agency (KWIPA)among others.

The Aare Oloja of Nigeria, Chief (Mrs.) Waiye Osho, said she is a living witness to the outstanding performance of the governor and how his administration is giving priority to the well-being of traders, asking her members in the state to give AbdulRazaq a ticket for a second term.

“What I’m excited about apart from inauguration of the new leadership of Marketers Association in Kwara State, is the performance of Governor AbdulRahman AbdulRazaq. We are aware about how the governor has been addressing the plight of marketers through his various schemes and programmes.

“We are very proud of the Governor and we are happy to be identified with his administration. We want to say categorically that we are in full support of his second term ambition,” she said.

The Iya-loja and Baba-loja Generals of Kwara State, Alhaja Sidiq Akaje and Alhaji Abdullahi Sa’ad, corroborated their national leader on the governor’s performance, pledging that their members will deliver their 100 per cent vote during the 2023 poll.