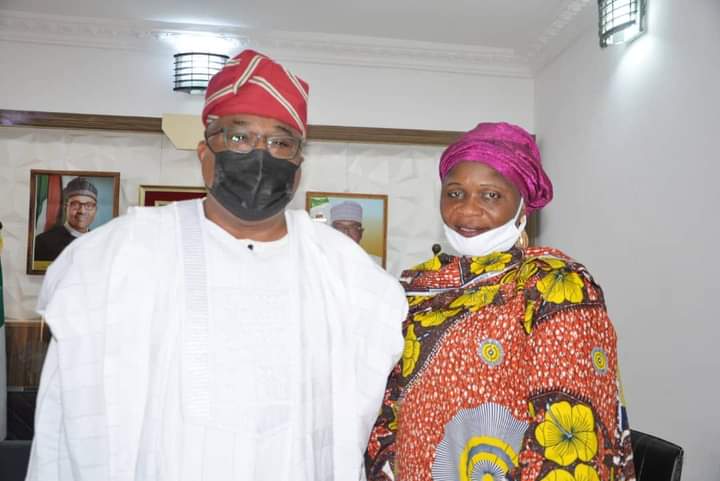 While using the opportunity to offer valuable insights on governance and political development, urged Mopelola to inbibe the virtue of patience in handling situations as they unfold.

Speaking on the virtue of patience, Kayode Alabi advised that, if you are patient before becoming the commissioner, you have to double your patience now, or probably triple it.

According to him, "we came from the private sector into public service, and nobody prepared us on how to handle the divergent interest and challenges in public service, but we had to learn the hard way.

"One thing I have learned is that, patience is a necessary ingredient to succeed in public service because here, you are dealing with the good, the bad and the ugly and you must be extremely patient to understand the difference."

The deputy governor, who cited numerous examples to buttress his points, including how he successfully passed the test of patience, prayed for God's guidance for Mopelola as she commences this new journey.

He assured her of his support, stating his doors are always open anytime.