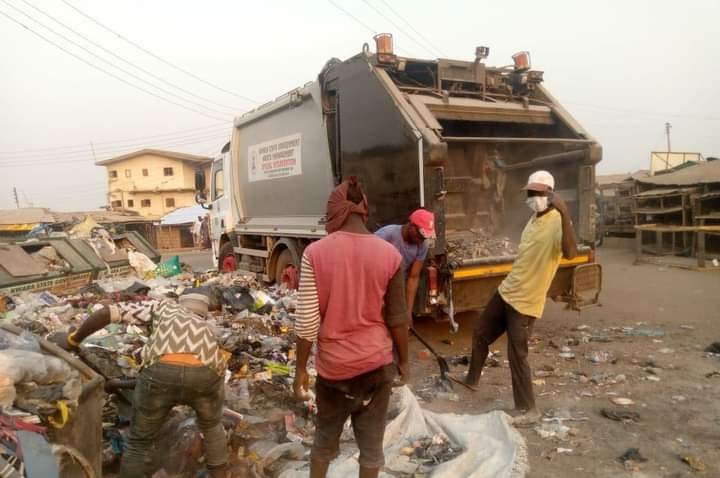 In a quest to maintain a clean and tidy environment, Kwara State Government has began evacuating refuse on the streets of Ilorin, the state capital.

This was based on the order handed down by the executive Governor AbdulRahman AbdulRazaq to agencies responsible for environmental affairs that indiscriminate dumping will not be condoned.

The Chairman of Environmental Task Force, Alhaji AbdulRazaq Jiddah commended the Governor on his prompt response to tackle the menace.

"worthy of note is the quick swing to action of the governor to ensure a clean and healthy environment, prioritizing the health and wellness of the residents," he said.

Speaking also, the immediate past Commissioner for Environment, Remilekun Banigbe urged the residents to dispose of responsibly, reiterating that indiscriminate dumping is an offense against the state and will never be condoned.