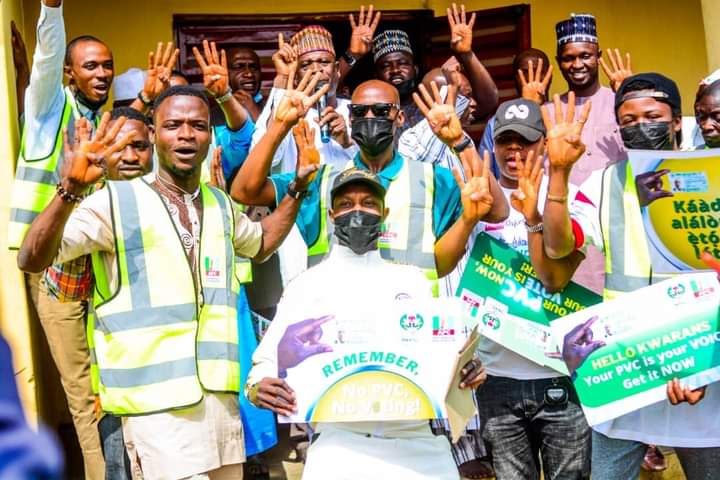 Members of the organization were welcomed by the Baba-Loja of Mandate Market, Alhaji Babaita alongside other leaders of the market.

The KPMO team Focal Person, Usman Lade disclosed that the purpose of the exercise is to sensitise them on the need to acquire their voter's card while urging those who have never registered before, those who just turned 18, people wishing to transfer from one voting location to another or have a replacement for lost cards to also take advantage of the ongoing exercise to do so as this will enable them to participate fully in the 2023 general elections.

Presenting their stance, the chairman of the APC Hausa Community, Alhaji Ibrahim appreciated the Governor for his manifest love for their people living in Kwara State while promising to take the opportunity.

Also, one of the market women identified as Salamtu from Ilorin East said "Women in this market have benefited one way or the other through the initiatives of this Government and we will continue to encourage our people to get their voters card.

The State Financial Secretary of the APC and representative of the party at the sensitization campaign, Comrade Kure appreciated the Hausa Community for their contributions to the peace and development in the state, which he said has brought enormous progress, proclaiming that “by the special grace of God 2023 will end well for all residents of the State”.