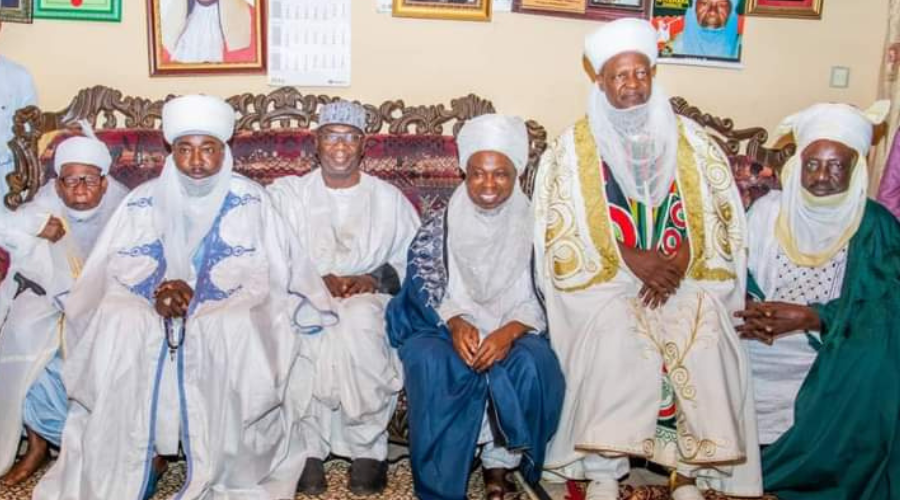 Traditional Rulers in Kwara North Senatorial District of Kwara State at the weekend have applauded the administration of Governor AbdulRahman AbdulRazaq, saying the district has benefitted a lot from the administration.

"This is a period of mourning but we have many positive things to say about this administration.

"Despite scarce resources, this administration is trying its best to touch the lives of our people and this is also felt in every nook and corner of the state, especially in Kwara North.

"We in Kwara North have benefitted a lot from this government.

"I recall my first visit to Gwanara but today the story from Ilesha Baruba to Gwanara has seriously changed.

"The journey is very short now, compared to the past."

"It is a pride for every community, every father and every traditional ruler to have a son like the Speaker who is dedicated to seeing that he brings projects down to his community.

"I wish every youth coming into politics will follow his legacies.

"These achievements the speaker is bringing to the community cannot be possible without His Excellency.

"The governor is the pilot of the affairs who made it possible.

"I pray Allah will continue to guide His Excellency," the monarch added.

Emir of Gwanara, Alhaji Sabi Idris, for his part, also commended AbdulRazaq for many developmental strides in the community.

"We are very thankful for many things the government is doing and many positive changes this government has brought to us.

"In fact, it is miraculous. We appreciate you," he said.

"Everybody is coming on the same page now. The speaker is our son and he is doing well.

"He is doing above what is expected of him. It is not about politics.

"Everybody you ask here will tell you positive stories. We are very grateful. May God continue to guide His Excellency."

Accompanied by Senator Sadiq Umar  of Kwara North, the Governor led a retinue of top government functionaries, state legislators and party stalwarts to the Fidau prayer, which was hosted by Speaker Yakubu Salihu-Danladi and his siblings.

He beseeched Allah to repose the soul of the deceased who many said had brought western education to the community.