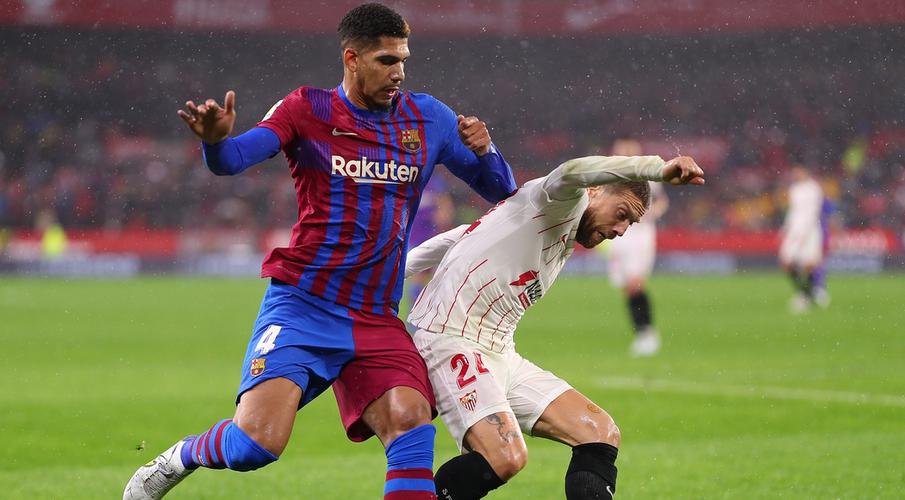 Second-placed Sevilla were held to a 1-1 draw by Barcelona on Tuesday, a result that helped Real Madrid to open a five-point lead at the top of LaLiga.

Playing under heavy rain, a much-improved Barcelona desperately tried to score a second goal after Ronald Araujo drew them level with a header in the 45th minute but they were thwarted by an equally determined Sevilla, who were reduced to 10 men after Jules Kounde was shown a straight red card in the 64th.

Sevilla went ahead after Papu Gomez latched on to Ivan Rakitic corner kick and fired home a low strike.

Barca are seventh in standings with 28 points from 18 games, 15 points behind leaders Real Madrid.“I honestly think that today we lost two points. We played better and deserved to win.

I feel that is evident in our improvement,” Barcelona manager Xavi Hernandez told reporters.“We were unlucky. They score in a set-piece play but we had many more opportunities.

The result, a draw away against a great team like Sevilla, is not bad. But it is a point that is not enough for us as we are trying to move up in contention.

We let this win slip away from our hands.”Barcelona dominated the first half, had more ball control and could have scored at least twice in the first 30 minutes.

But Sevilla made the most of the single opportunity that came their way in the first half, with Gomez firing home a powerful strike. Sevilla improved in the second half but then had to switch to damage-limitation mode after Kounde was sent off for a petulant display following a clash with Jordi Alba in the touchline.

After being pushed by the Barca defender, Kounde hurled the ball straight into Alba's face.“It was a very complicated game and the red card caught us when we were playing our best. Kounde knows that he made a mistake." Sevilla manager Julen Lopetegui told reporters.