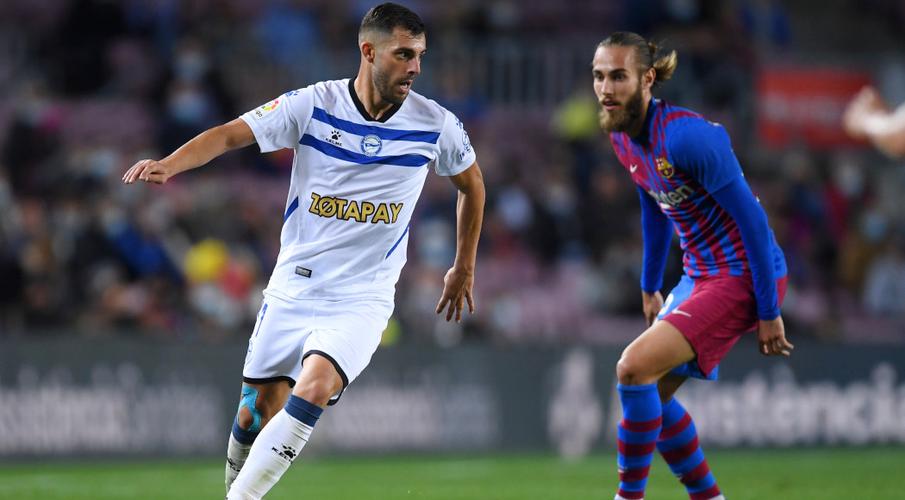 Barcelona were held to a 1-1 home draw by lowly Alaves in La Liga matchday 12 on Saturday in their first match since the sacking of coach Ronald Koeman.

Barca's third consecutive league game without a win left them ninth in the standings, eight points behind leaders Real Madrid.

After a cagey first half, Dutch forward Memphis Depay put Barcelona ahead four minutes after the interval with a fine strike from outside the penalty area.

The lead lasted only three minutes, however, as Alaves winger Luis Rioja conjured up an excellent equaliser, playing a neat one-two with Joselu before rounding Barca keeper Marc-Andre ter Stegen to score.

Barcelona also suffered injury blows when striker Sergio Aguero and defender Gerard Pique were forced off ahead of their Champions League clash at Dynamo Kyiv on Tuesday.

After defeats by Real Madrid and Rayo Vallecano which led to Koeman sacking, only 37,000 fans turned up at the Camp Nou to see the first game under caretaker coach Sergi Barjuan, the club's worst attendance for 20 years.

"It's another coach but the ideas are the same. We have the ball but we keep struggling to score," Barcelona defender Jordi Alba told reporters.

Eric Garcia had Barca's best opportunity in the first half with a header and Aguero's long-distance shot flew wide but the best chance fell to Alaves's Edgar Mendes.

Barcelona came out with more aggressive intent after the interval and Depay produced a stunning strike to register his fifth goal of the season.

Rioja responded quickly, however, running on to Joselu's backheel to round Ter Stegen and place the ball into an empty net.

Barcelona's 17-year-old midfielder Gavi dribbled past four Alaves defenders and set up Memphis whose effort hit the post and Nico also created a chance for the Dutchman which was saved by keeper Antonio Sivera.

Alaves remained 16th in the standings.

Deportivo Alavés, S.A.D. usually abbreviated to Alavés, is a Spanish football club based in Vitoria-Gasteiz, Álava, in the autonom...