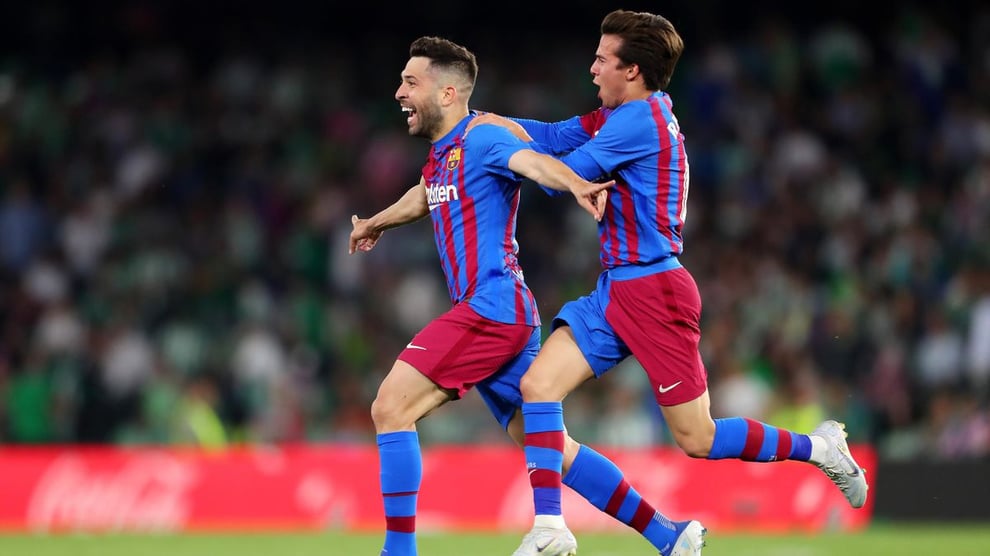 Spanish full-back Jordi Alba's 94th-minute volley guarantees Barcelona a place in the Champions League and kept a hold on second place with a 2-1 win over Real Betis.

When Xavi Hernandez took over as coach in November, Barcelona sat ninth in La Liga, with genuine concerns about their chances of closing the gap on the top four.

Returning Ansu Fati showed his quality in front of goal with a low ball into the bottom corner to give Barcelona the lead after coming on for misfiring Ferran Torres on the night.

But Betis responded quickly with a bullied header from former Barcelona man Marc Bartra to level the score.

The match looked to end in a draw at Benito Villamarín Stadium until Alba volleyed a cross from Dani Alves to snatch the victory for Barca.

But, despite a recent dip in form, significant improvements have seen Xavi's team surge up the table and they can now look forward to rejoining the likes of Real Madrid in Europe's premier tournament next season.

The difference between Champions League and Europa League football could be worth more than €50 million to Barcelona, who began the season with debts of more than a billion euros, and after being forced to let Lionel Messi leave for free last summer.

Missing out on the financial rewards of the Champions League would have been unthinkable and while a trophyless season can never count as a success for Barca, finishing in the top four is an impressive achievement for Xavi and a huge relief for the club.

Victory leaves Barcelona second in the table, 11 points clear of Betis in fifth, with both teams having three games left to play. Barca should now be confident of clinching second place too, with five points the gap between them and Sevilla, who play at Villarreal on Sunday.