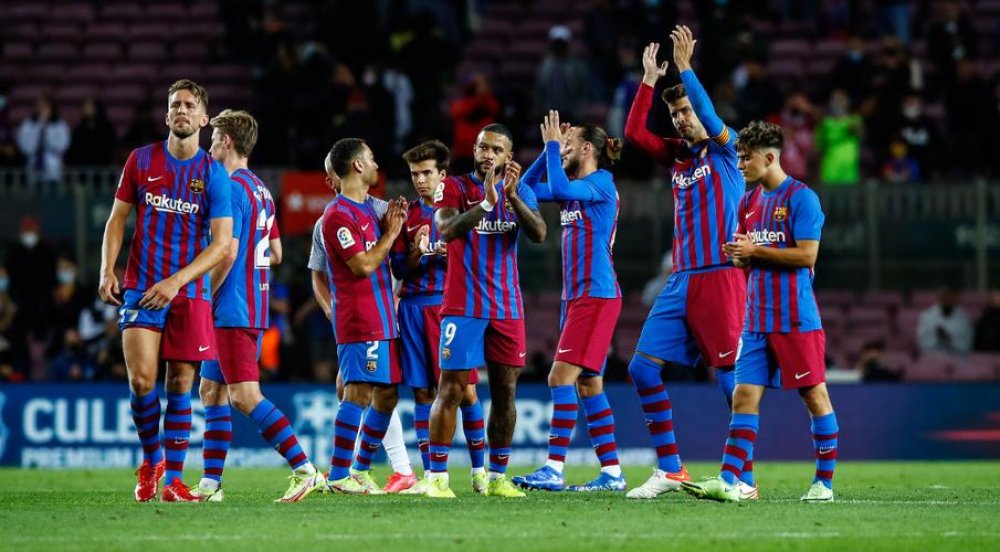 Ronald Araujo’s late header was only enough to rescue a 1-1 draw at home to struggling Granada, with Barcelona trying to keep their unbeaten form despite a dip in form.

Granada were ahead inside two minutes and while Araujo’s equaliser gave Barca a dramatic finish at Camp Nou, the whistles from the home fans at the final whistle indicated a point was far from enough.

Barca have now won only two of their opening five games of the season and Koeman’s future looks increasingly uncertain, particularly on the back of last week’s 3-0 drubbing at home to Bayern Munich.

Koeman reacted to that result by picking a young team that included Eric Garcia, Sergino Dest, Alex Balde, and Yusuf Demir, all aged 20 or younger.

But another stodgy performance did little to inspire confidence, with Barca’s best efforts at finding an equaliser in the second half reduced to a series of speculative crosses slung into the penalty area.

Koeman insisted on Sunday he was “calm” and not fearing for his job but an already-strained relationship with club president Joan Laporta will be pushed to breaking point if results do not improve.

There were 85 seconds on the clock when Domingos Duarte headed Granada in front.

Sergio Escudero was quickest to his cleared corner and he beat Sergio Busquets twice, once to the ball and then again to the line where he fed Duarte, who nipped in front of Frenkie de Jong at the back post.

Barca tried to exert some control but they never really stretched Granada, who could have doubled their lead when Jorge Molina volleyed over a cross from the lively Darwin Machis.

Sergi Roberto cushioned a shot against the crossbar to begin a late surge of pressure at the end of the first half, which also saw Araujo go close with two headers in quick succession.

Luuk de Jong came on for Sergi Roberto at half-time, indicating a more direct approach was coming but Granada were not uncomfortable. Depay hooked over from a de Jong ball in before Oscar Mingueza’s delivery grazed the top of the crossbar.

As Barcelona grew more desperate, they became more predictable too, as more and more crosses were slung into the box in the hope someone might capitalise. De Jong should have scored with 11 minutes left but headed over from five yards.

Araujo was booked after a skirmish with Granada’s defenders and then, with the adrenaline still pumping, he grabbed an equaliser for Barca, keeping the ball alive in the box and then dashing forward to meet Gavi’s chipped ball in.

Barca chased a second but it was too little too late. Granada took a deserved point.