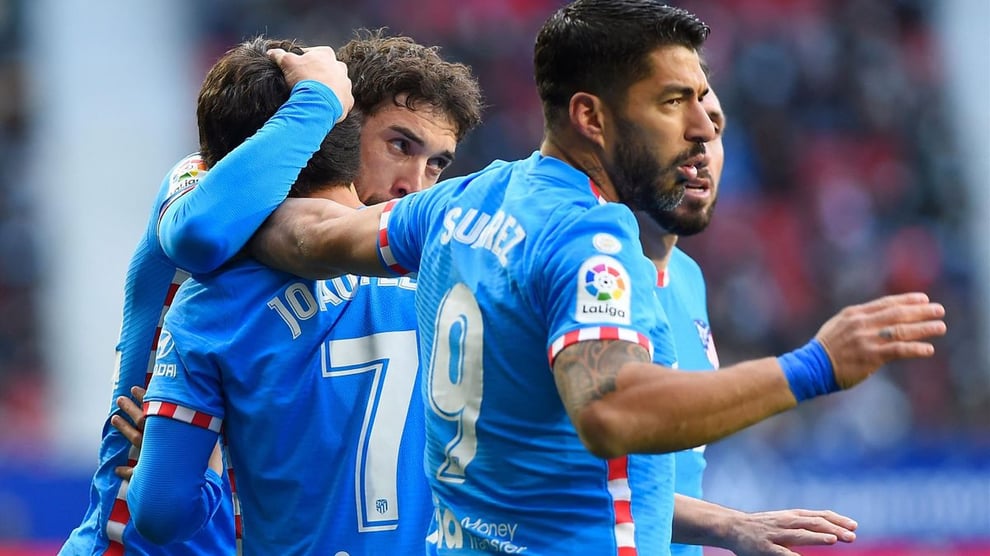 Strikers Joao Felix, Luis Suarez and Angel Correa were on target to lift Diego Simeone's side to the fourth spot with 42 points from 25 games. They are 12 points adrift of leaders Real Madrid and three ahead of Barcelona, who will have a game in hand following their match against Bilbao on Sunday.

The goal would have come as a huge relief to Portugal international Felix as he has been struggling to gain Simeone's trust and was making only his third start in Atletico’s last 15 league matches.

Atletico’s 126-million-euro ($143 million) forward rifled in a rebound from a corner in the third minute and after the break assisted Suarez, who scored the second when he lobbed rival goalkeeper Sergio Herrera from 40 yards.

Correa completed the rout with a lightning-fast last-minute counterattack.

"It was a great collective effort, a huge commitment from our players," Simeone told reporters, explaining that the "locker room was very excited" after the man-of-the-match showing by Felix.

"It's a win that give us peace of mind and confidence to prepare for the Champions League match against Manchester United."

Atletico made the most of their opportunities after getting the early lead, and goalkeeper Jan Oblak was solid when tested, stopping efforts by Nacho Vidal and David Garcia in the first half.

But Atleti were clinical, scoring twice from just three shots on target in the second half.

"I'm happy because we were coming from a really bad loss and knew how to bounce back," Joao Felix told reporters.

"I'm not worried about personal achievements and ready to help my team. The locker room is united and we will march together towards our objectives."

Club Atlético Osasuna (Osasuna Athletic Club) or simply Osasuna, is a Spanish football team based in Pamplona, Navarre. Founded on...